Carol G Arlington Heights, Illinois | January 29 2020
We came in blind from two fronts: One, we were first time dog owners, and two we adopted an adult dog (5 years old) with some kind of history. Although Coffee was a very sweet dog, he had some aggression issues with growling and charging at anyone at the door. Once they were inside the house, he seemed to be ok with them for a long time, but then would randomly and suddenly, charge, growl and bark at certain people for no apparent reason. We could not figure out the pattern. Our families and friends were afraid to come to the house or get too close to the dog. He was just too unpredictable. In addition, he occasionally marked and pooped inside the house, and it was not due to his inability to hold it (we had just taken him out a couple hours prior). I did my usual Google search, and saw all kinds of conflicting information on what was causing this behavior and how to fix it. It was overwhelming and starting to feel a little hopeless as well. We called Bark Busters over other traditional training, because this was a behavior problem beyond just learning a ‘sit’ command, and Bark Busters has so many positive reviews. After a thorough initial assessment on the phone, Brad came to our house and not only observed Coffee, but observed us! Our actions were sending a mixed message to Coffee and teaching/enforcing much of the undesirable behavior. He taught us a lot about switching our mindset from human mentality to dog mentality in order to understand why Coffee did certain things. Then Brad gave us the tools of what works and what doesn’t work in that situation. After understanding “dog language” we were able to see that what appeared to be random aggression wasn’t really random at all, but being territorial in the situations we created for Coffee. By changing those situations, we were able to change Coffee’s negative behavior. Constant re-enforcement is key – you need to practice what Brad taught you. This isn’t necessarily sitting with your dog for an hour and going over all the techniques, but incorporating that discipline into every day activity (eating, going out, going up and down the stairs, etc.). It’s also about understanding your dog signals and listening to them when they are trying to tell you something. We are so happy with the results. Coffee is not only calmer and happier, he is more confident as well. We appreciate Brad’s knowledge, his demeanor and honestly. Give this guy a TV show! Permalink
Bark Busters dealt with Aggression, Barking, Jumping up, Pulling, Recall, Toileting 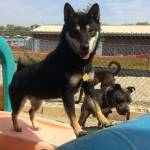 ISABELLA E Spring Grove, McHenry, Illinois | November 12 2019
When Brad arrived Hyabusa, our Shiba Inu, acted like he wanted to eat him. Brad remained very calm and took his time allowing Hyabusa to calm down. We learned a lot of very useful training tools. I was impressed on how he got my husband and father in law to get involved something that I had a hard time accomplishing. One tool was as simple as changing his collar. Who would have thought! Our three hour training session turned into five since it took Hyabusa two hours to calm down. A testament to Brad's patience. Once he was able to handle him it was unbelievable how quickly Hyabusa responded. We have diligently applied all that we learned. It has been the little things and consistency that have made Hyabusa successful. We still have more work to do, but we are thrilled. We had a follow up a month later and Brad answered all our questions and gave even more suggestions. I am so glad I decided to make the move of hiring a trainer. Brad's personality fit well with our household and his patience helped all of us. His calm demeanor was good for Hyabusa. He notice a big change and I am so happy because our household has became much more peaceful. Thank you Brad! Permalink
Bark Busters dealt with Aggression, Barking, Other, Separation anxiety

Pat H Arlington Heights, Cook, Illinois | September 10 2019
Brad was fantastic with Henry. Henry was having a lot of aggression problems, and after the first visit he was already vastly improved. By the time the follow up appointment came a few weeks later, Henry was doing much better. I could not be happier with the progress he has made, and am very excited for what the future is going to bring! Thank you, Brad! Permalink
Bark Busters dealt with Aggression, Sibling rivalry 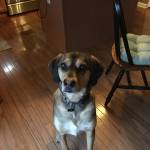 Linda M Mchenry, McHenry, Illinois | September 10 2019
Brad has made such a difference in our lives. Our dog ,Dublin, has been a master manipulator for the past 5 years. He was also territorially aggressive, he even bit both my husband and myself. He took to Brad right away! Brad taught us how to guide Dublin in making good choices and how it is all done by becoming the leaders of our pack! Dublin is happier and so our we! Thanks Brad Permalink
Bark Busters dealt with Aggression, Barking, Jumping up, Pulling 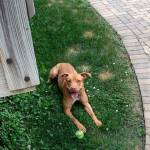 Thomas M Palatine, Illinois | August 13 2019
Brad is an OUTSTANDING dog trainer and made an extremely positive impact on the life of our dog and us as dog owners! At first we were a little skeptical of how an in home dog training service would work and if it was truly worth the investment. I am pleased to write that it was worth every penny, and you will quickly notice Brad is not in it for the money. He is knowledgeable, helpful, and overall a pleasant man. He came into our home for our first scheduled training right on time and ready to get to work. Our dog Cami is a recent Pitbull rescue with a very unfortunate past. She is very scared around other dogs and was never in an environment to be house trained. With the help of Brad after THE FIRST VISIT Cami was doing things we couldn't believe. When someone comes to the front door she waits in her designated area until she is told to come greet the visitor. She is no longer jumping up on furniture, beds, or people, unless she is allowed by one of us. Brad's tactics on dog training was eye opening. I don't want to get to in detail on them but everything he sits down and goes over with you makes sense and is easy to apply on a daily basis to train your dog. Walking on a leash with Cami was a HUGE problem for us, so we resorted to a prong collar which we learned from Brad was not necessary. After our first session Cami was walking perfect on our right side in a regular collar with slack on the leash. It is incredible what Brad can do and the commitment he has to making the dog and human relationship better in the home or outside of it. He was open about coming back whenever we need him and have since had a couple other check up trainings to make sure we are on the right track. I would recommend Brad to ANYONE looking for high quality dog training. He was simply amazing. Permalink
Bark Busters dealt with Aggression, Jumping up, Pulling, Recall 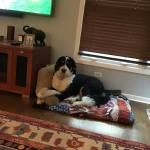 Deb O Lincolnshire, Lake, Illinois | August 09 2019
Brad is a terrific trainer! He is patient, explains what to do and why to do it and keeps everyone calm during the process. He makes sure you practice with him enough so you and confident you know what to do when he’s gone. Henry is doing great since his lessons, no more jumping on people, and we walk him, instead of him walking us!! I highly recommend Brad and the Barkbusters program!! Permalink
Bark Busters dealt with Barking, Digging, Jumping up, Pulling, Recall

Peter C Schaumburg, Cook, Illinois | August 09 2019
We Love Brad !!! Within minutes he changed how our best friend thought of us and how we should think about our dog . I can’t describe how quickly Brad was able to show and teach us the proper tools to train our dog. The education we received and understanding of how to teach your dog was life changing . Alan does not pull anymore, I enjoy waking him again . It sucked when he would bark and pull at everything he saw . Now it’s a better , he’s a joy to walk . Not perfect but WOW what a huge difference. We all need to spend more time with our pet family members . BarkBusters and especially Brad where the answer to many prayers. Thank you ! Permalink
Bark Busters dealt with Aggression, Barking, Hyperactivity, Jumping up, Pulling, Puppy management, Recall 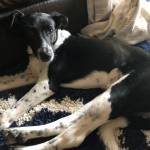 Tara K Arlington Heights, Cook, Illinois | August 01 2019
We just adopted Mason, our 9 month old puppy, and neither of us have trained a dog before. Mason is generally easygoing and well-behaved, but demonstrated some behaviors that needed "refining." We were specifically looking for help with chewing, accidents (he was house broken but only had accidents in our basement), and house manners. Brad was extremely knowledgeable and helped talk through these behaviors and how to approach them in order to teach Mason. Brad was very generous with his time-he emphasized that he is not paid by the hour, but rather by the job. He was very honest in talking through the training options with us based on Mason's needs. We were very happy with the support we received from Brad and now feel more confident with the skills we have in continuing our training with Mason. Permalink
Bark Busters dealt with Chewing, Hyperactivity, Jumping up, Pulling, Puppy management, Recall, Toileting 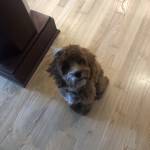 karen P Barrington, Illinois | July 31 2019
Brad has done an exceptional job of training Jim and me how to lead Whiskey using the Bark Busters method. He is patient and thorough and clearly passionate about his work. Permalink
Bark Busters dealt with Chewing, Jumping up, Puppy management, Separation anxiety, Toileting 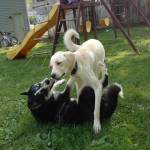 Sara L Wauconda, Illinois | July 25 2018
Barkbusters came highly recommended from my cousin in Michigan. We were at a point of last resort, as our huskies had such terrible aggression towards each other and were out of control with visitors. I was hesitant to believe that anyone could turn our huskies aggression; after the first lesson my husband and I saw such great improvement. Shocked! Brad took his time learning, watching, observing and teaching. He developed a relationship of understanding not just for the dogs but us as well regarding our concerns. We couldn't be happier with his service and look forward to continuing our connection with our pups through his guidance. Permalink
Bark Busters dealt with Aggression, Jumping up, Pulling, Recall, Sibling rivalry, Toileting