Brett & Kati M Fair Lawn, Bergen, New Jersey | December 07 2019
Our puppy Walter is 14 months old. We have 4 children, safety is our paramount concern. A couple months ago Walter began taking his spot in the family pecking order. Walter was selectively submissive to two members of our family, conversely Walter was dominant to everyone else. Walters dominance began to cause anxiousness which started to make us question if Walter was right for our home. We called Greg and had one session, the strategies that Greg helped us apply to Walters behavior has yielded immediate improvement. Greg’s training methods have transferred confidence back to our household which is resulting in less anxiety and a better environment for Walter. Everyone in our home is now able to enjoy the company of our great dog. Equally important Walter is now feeding off of our confidence as Dog owners and is again enjoying our home. Permalink
Bark Busters dealt with Aggression, Barking, Hyperactivity, Jumping up
Trainer note from Greg : I am happy that you have found some peace and confidence with your beloved Walter!! Keep up the great work, and feel free to reach out to me for more support ANY TIME!

Jane T Tenafly, Bergen, New Jersey | August 08 2019
Greg Kleva is truly amazing! Kind, patient, professional, reliable, and so very knowledgeable! After our first training session our four legged family member was doing so well with no longer lunging at some dogs. We are beyond thrilled! Greg always makes himself readily available for questions or sessions and always responds in a timely manner. We are so very happy! Permalink
Bark Busters dealt with Pulling, Recall 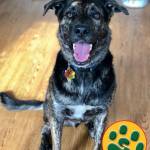 Lauren I Ridgewood, Bergen, New Jersey | April 01 2019
My 1.5 year old Shepherd mix Apollo had his first training session with Greg on Saturday and we already see a huge difference! Apollo is a super energetic pup who often has a mind of his own and Greg was able to teach us to speak his own language to better predict his behaviors and pull back his energy a bit. Apollo no longer rushes guests when they come to the door, and finally understands personal space. We are so excited to continue working with Greg to start some leash training with Apollo next session and cannot begin to say how thankful we are for him as a trainer, he truly is amazing with our pup! Permalink
Bark Busters dealt with Hyperactivity, Jumping up

Kimberly L Hoboken, Hudson, New Jersey | December 13 2018
Greg helped us so much with Ruthie. She had severe separation anxiety and aggression with new people. He used a non treat tactic which basically saved our relationship. Now, Ruthie and I get along amazing, thanks to Greg. Permalink
Bark Busters dealt with Aggression, Separation anxiety

Mary & Ken M Bergenfield, New Jersey | September 10 2017
This is the second time we have used Greg for training, first was 6 years ago for our Golden Retriever and now for our Havanese. Each dog had their own unique set of training needs and personalities. Our first dog, the golden retriever, was responding within minutes to Gregs training techniques. Greg taught us and gave us the necessary tools to enable us to enjoy a wonderful lifelong relationship with our golden retriever. We now have an 18 month Havanese and once again Greg came to our rescue. We had a different set of training needs this time. With Greg's training skills and guidance we were able to resolve our pups issues and are now on our way to enjoying another happy, and pet filled life. In addition to his amazing training skills he is also just a wonderful person to work with and is truly committed to enhancing a pet and there owners lives. Highly Recommended!! Permalink
Bark Busters dealt with Aggression, Barking

PJ L West New York, New Jersey | June 27 2017
Thanks to Greg, Goby finally will come to me when I call. We are still working on his stay till I release... It is working... I know I have to work with him daily... Greg will check on us next week. Permalink
Bark Busters dealt with Aggression, Jumping up, Recall
Trainer note from Greg : Goby is a big, beautiful boy. Keep up the GREAT work PJ!

Laura D Upper Saddle River, New Jersey | January 15 2017
I'm not sure if Greg is actually a dog trainer or a magician! The change in our dog after just one lesson was amazing! Gordo is much calmer in general now and listens so well to all general commands (he sits, stays, comes, etc). When we use the verbal commands and training tools Greg provided us with, Gordo is so much easier to manage both in the house and on a walk! He is like a new dog! I just can't believe it only took one lesson! It used to be a nightmare when people would come to the door. When our dog actually bit a guest of ours entering our house, we were mortified and called Bark Busters in desperation. Greg worked with us on our dog's "front door manners." His behavior is so much better now. I use the verbal command when people ring the doorbell, and he relaxes and sits calmly. Our guests can come in safely now. Greg also helped us with advice about collars as my dog was traumatized by a previous trainer and his harsh collar training method. Thank you for making our lives so much less stressful! Permalink
Bark Busters dealt with Aggression, Barking, Chewing, Jumping up

Carmel R Seaside Park, New Jersey | January 07 2017
Before Edward was 3 years old we were told to leave 4 training schools/programs! They couldn't handle him, he was labeled "un-trainable". Heartbroken, we continued to love Ed as much as ever, but sad he couldn't be social with people. Edward is a Bulldog/ Boxer mixed breed. We were told the following about Edward - "he may be deaf", "you'll never train a Bully breed", "he is just too strong willed", "he may be mentally handicapped", "it's genetic - his Mother might have been aggressive". Needless to say and after many Vet visits, we know that Edward is not deaf, or mentally ill and he is very healthy. He was only guilty of being a puppy with the wrong trainers and a family who didn't "Speak Dog". One afternoon Greg changed our family dynamics...he gave us hope. Having a badly behaved dog is very stressful on a family. When visitors would come to our house, we would have to lock Edward in a bedroom. Having company was embarrassing because Edward would never stop barking. If we let him out he would run terror throughout the house, barking, jumping, licking, trying to sit on guests laps. He was relentless, leaving himself exhausted, and us feeling like failures as friends & family felt uncomfortable visiting. I would ask myself, "what is wrong here...why cant we do this?" It was never ever for lack of effort. So one afternoon I made the decision to try one more time. And I called Greg. In one afternoon Edward was a different dog. His body language changed. He was calm, resting quietly on my kitchen floor. If I had not been at home during the training I would have never believed it. Not our dog. Greg trained us to "Speak Dog". Edward now understood what we expect from him. Now he can just relax until we need him to respond to a command. He looks for our direction...No longer the ruler of our house, but our calm sweet boy. After Greg left we continued to train Edward as we were instructed. It was easy. We enjoyed it. The first time we had visitors my guest walking into our house said "Where is Edward?" Best.Compliment.Ever! Edward was resting quietly on his bed like an angel. No more stress in our house. Now when I meet people with naughty dog issues, I always say, "You must call Greg - right now - don't wait - go home call him." THANK YOU! Permalink
Bark Busters dealt with Aggression, Barking, Hyperactivity, Jumping up, Other, Pulling, Recall