Marilyn W New Rochelle, New York | July 15 2019
Nicole is the absolute best dog trainer that we have ever used! We have a 3 year old rescue beagle that would not let anyone into the house including extended family. She would bark, growl and intimidate any visitors and was completely stressed out. On walks, our dog would lunge at UPS trucks, cars, people and other dogs would create a complete meltdown for her. We had used a former military person who specialized in dogs with PTSD as well as another dog trainer and neither one of them produced the immediate results that Nicole has in just a few sessions. What I really appreciate about Nicole is that her methods are completely understandable and there is NO physical treatment to the dog. After the first session, my sister was able to enter my home after I used a few verbal commands. The dog was relaxed and at ease and so was my sister! I give Nicole top marks for her training methods. She truly loves animals and understand how they behave and react to certain environments! We also have another rescue pup and Nicole has given us tips that produced immediate results correcting him from jumping on people, on the furniture and now we can walk both dogs together in peace! Permalink
Bark Busters dealt with Aggression, Barking, Jumping up, Pulling
Trainer note from Nicole : Thank you, Marilyn! It has been a pleasure to work with your family and Sadie and Cooper. I’m thrilled with their progress so far, and I look forward to seeing more great things!
See more reviews for Nicole 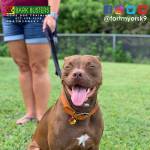 Michelle W Lehigh Acres, Florida | July 14 2019
We could not be happier with the training session we had with Patrick. The training techniques he showed us were easy to do and produced AMAZING results right away. I saw all the comments and testimonials from people saying how their dog was so much better behaved after just a 2 hour session and to be honest I was skeptical, but it really is true. Our dog was much more calm and relaxed after Patrick left. The techniques really produced, and continue to produce, results with our dog. Patrick has also taken the time to call and email to follow up with us to see how things are going. We love Bark Busters and will gladly recommend them to all our family and friends in the future. Permalink
Bark Busters dealt with Barking, Hyperactivity, Jumping up, Other
See more reviews for Patrick

Debbie F Chicago, Cook, Illinois | July 14 2019
Just finished 2nd training session with Vicky. Have two dogs who are who pullers when walking. Vicky introduced me to the no pull harness by Bark Busters. Saw a change in dogs instantly while walking them. Vicky gives great advice and demonstrated the correct techniques needed to help change this problem. Now just need to put time in with the training. Vicky has been a great help in learning to train my dogs Permalink
Bark Busters dealt with Jumping up, Pulling
See more reviews for Vicky 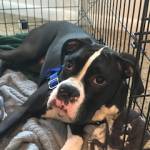 Karri Q HAYMARKET, Virginia | July 12 2019
I am so happy with the progress my dog has made since working with Tommy and Bark Busters. My pup is a large mutt - hound, lab, pit, pointer - a lot of hunting instincts in one 80 lb stubborn boy. We tried other in home trainers when he was younger, and while he learned some things, at 2 years, I was still left with a big, strong dog who pulled hard during walks, tried to chase squirrels/bunnies, and jumped on people in the home. Those trainers stopped working with us after he was out of "adolescence" so I was left on my own. I signed up with Tommy after my pup almost knocked me over to get to a squirrel one day. I needed help! After the one session with Tommy, there were immediate changes. To see the results that day was amazing. I have to say though, that it still takes work and commitment. There's no magic button. Tommy gives you the tools to work with your dog and while there were immediate results, we have to keep working to keep him on track. It's amazing though when I'm walking with my dog now, and he's walking right next to me - occasionally looking up at me. Where in the past, he was pulling my arm out of the socket, hunting for squirrels and good smells, as if I didn't exist on the other end of the leash. I really appreciate that the method doesn't require electrical shocking my dog or any other pain. Treats didn't work on my dog either, as a tasty squirrel looks much yummier than my treat. It's not just walks either, his in home behavior has improved so much as well. Much less jumping on anyone, and easily corrected if he screws up. And when the doorbell rings, I'm actually able to open the door now! Tommy has continued to be supportive in the process as well. He's so responsive when I reach out via email with a question or new issue to address. He checks in periodically too. It's nice to know I have lifetime support now from an amazing trainer who clearly loves what he does. Can't recommend Tommy and the Bark Busters method enough! Worth every penny! Permalink
Bark Busters dealt with Aggression, Barking, Jumping up, Pulling, Recall
See more reviews for Tommy 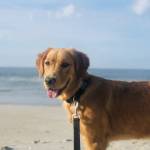 Stephanie B Fort Mill,, South Carolina | July 12 2019
Christie has made such a difference in our sweet Bama! Our Golden Retriever puppy was very nippy towards our kids and jumped on everyone. After just one lesson she has completely stopped! We are now working on loose leash training and I know she will excel at that too! I love Bark Busters and Christie! Permalink
Bark Busters dealt with Jumping up, Other, Puppy management
See more reviews for Jordan

Debraliz R Ocoee, Florida | July 12 2019
My training session was really informative about how to detect a misbehavior early. He really explained the reasoning about how my dog Loki was afraid and reacting aggressively not just aggressive, Permalink
Bark Busters dealt with Aggression, Barking, Jumping up, Other, Pulling
See more reviews for John 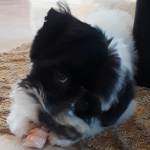 Claire B Marco Island, Florida | July 12 2019
Already seeing progress in just one day. Techniques are much easier to incorporate into normal routines than others we've tried. So far, so good! Permalink
Bark Busters dealt with Chewing, Jumping up, Puppy management
Trainer note from John and Elizabeth : How cute is this Havanese puppy?
See more reviews for John and Elizabeth 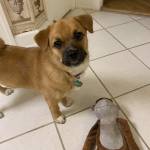 Joan T Tallahassee, Leon, Florida | July 11 2019
Loved Leigh Ann and excited to practice the great techniques we learned with Missy! Permalink
Bark Busters dealt with Chewing, Digging, Jumping up, Pulling, Recall, Separation anxiety
Trainer note from Leigh Ann : I loved getting to meet Missy and her owners, too! We are on our way to a calmer, happier dog!
See more reviews for Leigh Ann 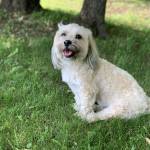 Jennifer S Saint Paul, Minnesota | July 11 2019
The results after one training session were truly amazing. Lynne made last minute accommodations in her schedule to meet with us before the long holiday weekend. We went from being embarrassed, frustrated and helpless dog owners to calm, confident and proud pack leaders. I can't say enough about how positive this experience was. Permalink
Bark Busters dealt with Aggression, Barking, Hyperactivity, Jumping up, Pulling, Recall, Separation anxiety
See more reviews for Michael