Lisa C Arlington, Tarrant, Texas | October 26 2019
My Goldn Retriever Eli and I had a terrific lesson with Nancy Higgins this week. I can't tell you how much it has already impacted my life and my family's. Almost immediately, I saw major changes in Eli's behavior. We had almost given up on his aggression, manners, and jumping on counters. I have even thought of rehoming him. But, after today, I feel Eli has learned so much!! The best part is, we're just beginning. I am excited about the future with my sweet Eli. Thank you Nancy Higgins Permalink
Bark Busters dealt with Aggression, Barking, Pulling, Recall
Trainer note from Nancy : Thank you so much for this awesome review. You are a pleasure to work with!
See more reviews for Nancy

Meghan L Houston, Harris, Texas | October 26 2019
I adopted a rescue dog from our local shelter with some really bad habits. I had another trainer who told me to "just live with it". I knew that was impossible. After just 3 hours with Donna, Lucy and I are making tremendous progress. I am including myself, because I needed training in how to communicate with Lucy. Donna had us do some exercises, and Lucy responded right away. It's like she was a different dog! She no longer terrorizes other dogs on leash or barks uncontrollably when we leave the house. Never, never give up on your dog -- call Donna at Bark Busters! Permalink
Bark Busters dealt with Barking, Pulling, Recall
See more reviews for Donna and Jim

Monty B Granada Hills, Los Angeles, California | October 26 2019
Wow! What a difference ONE lesson can make. If you've been hesitating getting your dog trained, putting up with barking, jumping, poor door manners and counter surfing, call these two. They will show you how to fix this by changing the way you interact with your dog. No harsh methods is what I love. I put up with my dog's bad habits for way too long, but now Petey and I are on the right track. Petey actually listens to what I say. Refreshing! Permalink
Bark Busters dealt with Barking, Jumping up
See more reviews for Christen and Kevin

Monty B Granada Hills, Los Angeles, California | October 26 2019
Wow! What a difference ONE lesson can make. If you've been hesitating getting your dog trained, putting up with barking, jumping, poor door manners and counter surfing, call these two. They will show you how to fix this by changing the way you interact with your dog. No harsh methods is what I love. I put up with my dog's bad habits for way too long, but now Petey and I are on the right track. Petey actually listens to what I say. Refreshing! Permalink
Bark Busters dealt with Barking, Jumping up
See more reviews for Christen and Kevin 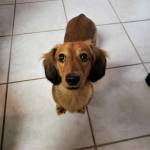 Annette J Georgetown, Williamson, Texas | October 26 2019
Damon was very professional. He explained that we had to have rules for Edward, so that he knew what was accepted and what was not. Permalink
Bark Busters dealt with Barking, Hyperactivity, Jumping up, Puppy management, Recall
Trainer note from Damon : Edward is a great young dog! He was/is a joy to work with, as are his pawrents!
See more reviews for Damon 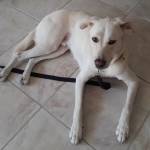 Kevin H Naples, Florida | October 26 2019
This was my first session, and I'm very pleased. My dog immediately responded and I now have a lot of techniques to help me communicate with him. Permalink
Bark Busters dealt with Aggression, Jumping up, Separation anxiety
Trainer note from Colin and June : We look forward to conducting Jake's first follow-up lesson next month.
See more reviews for Colin and June

Mike B Denver, Colorado | October 25 2019
What can I say, Dan is a dog's savior. I rescued an Aussie Shepherd who had clearly been abused. I wanted to provide him the safety and love that he missed in his past life. Though I had some successes with him trusting me more, he started to develop aggression towards other dogs on the walk, and barking and lunging at guests at the front door. I could see in his face he wanted to be good, he just looked so scared all the time. So, I paid $3k for a dog training boot camp. However, they kicked him out the first day because he bit a trainer really bad. The trainer had to get stitches, and recommended I give him away or have him put down! Out of the question... Luckily, they gave me back some of my money. When I got Gus back, he was worse than before, and he would sit there and shake for no reason. I was about to make a tough decision when a friend of my dad's told me about Bark Busters and how they did an amazing job on his Golden. I decided to give it a shot and reached out to Dan. Over the phone he was able to give me the confidence that I needed to hear that we could fix Gus's issues. I was still skeptical because of the past experiences, though. When Dan came over he spent some time explaining his training and how it works, and explained how the other training was likely very physical. That's what likely led to the attack and the worsening of his fearfulness. Dan doesn't use shock collars, prong collars, or treats. He didn't even touch Gus the whole time. After the intro, he started to show us how to do the training. Sooo different than I could have imagined. I couldn't believe how well my dog was responding! We worked on the front door first. After only a few minutes, I had full control over Gus, and I could feel his tension dropping. We did some other exercises in the home to reduce Gus's obsession with going after anything that moves. Then headed outside. I was definitely worried now because I hadn't been walking Gus in the evenings, rather waiting until dark with less people. We saw, and walked by, 2 big dogs and Gus didn't even pay attention to them! I was completely blown away. I know that a lot of the responsibility falls on me as the pack leader to continue the leadership exercises, but this boost in confidence and the immediate results have definitely energized me. I can't thank Dan enough. He literally saved my dog's life, and he's offered his support if anything happens again in the future. Amazing!! Permalink
Bark Busters dealt with Barking, Chewing, Digging, Hyperactivity, Other, Pulling, Separation anxiety
See more reviews for Daniel

Sam C Denver, Colorado | October 25 2019
My wife and I have two toy poodles. We have had our girls for about 13 years in total. We have a newborn heading our way this fall and needless to say we needed to correct some things in regard to our furry friends. Our poodles are very much the stereotype. Lots of yapping, leash aggression, and anxiety. We called Dan in a hail Mary attempt to get our ladies under control before our new addition arrives. I was very skeptical and under the assumption, "you cannot teach an old dog new tricks." Dan arrived (on time) and in just about 20 minutes had our poodles figured out. He was very calm, assertive, and great with our poodles. He explained "pack theory" to us novices and we realized very quickly that we were definitely not the "pack leaders" in our home. His approximately 2 hour consultation was very informative and Dan (a GREAT teacher) more or less trained us to be good dog owners and lead/train our dogs out of their anxiety. We learned how to make our dogs feel calm and confident and to my surprise the dogs responded almost instantly. Instincts really do matter! I would recommend Dan's services to anyone who owns a canine. My poor anxious poodles are turning a new leaf, no more barking at the door bell, no more begging for our human food, and can now go on walks without much leash aggression or fear. Now, it's up to us humans to be stay consistent with his protocol. Highly, highly, highly recommend! There is a reason Dan has been doing this for 10 years... Permalink
Bark Busters dealt with Aggression, Barking, Hyperactivity, Jumping up, Recall, Separation anxiety
See more reviews for Daniel