What Is Canine Compulsive Disorder?

Does your dog compulsively lick his legs or chase his tail? He may have Canine Compulsive Disorder. Don't worry! Bark Busters expert dog trainers can help! 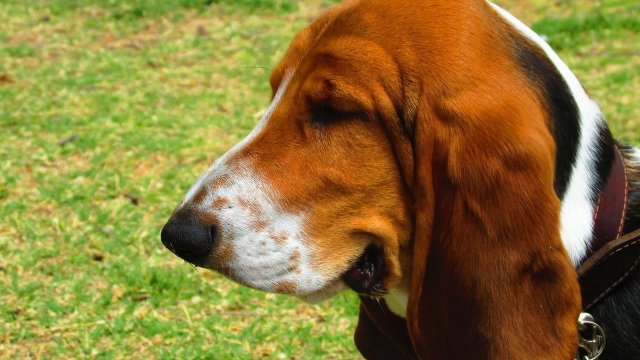 As Bark Busters dog trainers and therapists, we are often called in for difficult cases. Many of us have worked with blind and deaf dogs with much success.  It’s amazing how dogs can use their other senses to navigate their worlds! Occasionally, though, we run into some really tough cases where the dog’s behavior seems to go beyond the norm.  I’ve recently seen several dogs with what is known as Canine Compulsive Disorder, or CCD.

CCD is similar to Obsessive Compulsive Disorder (OCD) in humans in that the dog repeats a behavior so much or to such an extreme that it seems abnormal. It is not called OCD in dogs, because obsessive thoughts occur in humans, whereas we don’t know what a dog is thinking.

Examples of CCD in dogs include:

Certain breeds are more prone to this disorder:

To humans these dogs can appear a bit crazy!  But, in reality the dog has learned to use the compulsion to deal with stress, anxiety or lack of exercise.  These cases can be particularly challenging if they are combined with other behaviors such as dog or people aggression.

The first thing to do is to make sure your dog has been seen by a veterinarian as many of these problems can also be caused by physical problems including neurologic, endocrine, gastrointestinal, and orthopedic disorders. When compulsive behaviors are treated early and quickly the outcomes are much better than if you wait until the behaviors become chronic.

A poor diet, lack of exercise, playing light or laser games, and a stressful environment can also contribute to these behaviors. Over time, compulsive behaviors progress and can get worse, so don’t ignore these behaviors. Bark Busters trainers can help you determine what behavioral modifications can be made to help you manage your dog’s CCD.