How To Show Your Dog Affection!

Learn How To Show Your Dog Affection... Without Creating Bad Habits! 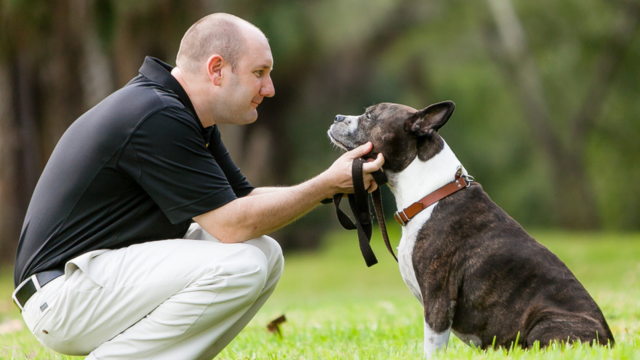 The bond between dog and human is truly special. Pups are not only sources of joy and treasured members of our families, but also nonjudgmental sources of unconditional love. It’s no wonder we feel the urge to lavish them with affection and attention!

But years of experience have taught us something hard to believe: it can be possible to love your dog too much. Even the most passionate dog lover should know the difference between loving and spoiling their furry friend – and how to express affection in positive ways that don’t reinforce bad habits.

Dogs need boundaries. While a hands-off approach to pup parenting may seem like the kindest thing to do, dogs crave rules and structure; they look for a leader to provide it for them. Establishing and reinforcing boundaries is not only healthy (as dogs left to their own devices can become aggressive, demanding, or very protective of things, including you, the owner!), but can be done using a foundation of trust and respect, rather than fear and dominance.

Humans and dogs speak two different languages. Humans use touch like handshakes, hugs, or kisses to communicate greetings, connection, and affection, and dogs communicate affection with gestures too, including nuzzling, nudging, or snuggling. But sometimes our human gestures of affection mean something different  to our pups. Hugging can be construed by dogs to be dominant or assertive, similar to mounting, so make sure to respect your dog’s space and go slowly over time with hugs to avoid being overbearing.

Be gentle. Pets from humans can be calming to our dogs. Pawing between dogs, however, is
an expression of assertiveness. That’s why gentle petting – like a chin stroke – is best, especially when used to reinforce good behavior. Be mindful of young children, who may be overly physical with their affection, and keep movements slow, calm, and deliberate with new canine additions to the family.

Dogs learn by association. If a dog has ever been hit, pinned down, rolled over, kicked, or overhandled in the past, it is important to rebuild trust slowly and gently. This may mean little or no physical touch until your pooch shows through body language that he is ready for such attention.

A bond with your pup built on trust, love, and respect is the foundation of healthy, lifelong relationships. That’s why the right kind of affection, at the right time, is so powerful. We can love our dogs as much as they love us, give them the attention they deserve, and be conscious of reinforcing positive, desirable behaviors.

Resist picking up your small dog. We know it’s hard – who doesn’t want to swoop down and pick up an adorable Chihuahua or Maltese? – but pups are typically only picked up by their mothers, and when they are very young. We forget that no matter how small, a dog is still a dog, and being lifted can make them feel trapped or give them the false impression that they share leadership status with the humans at home, inadvertently supporting aggressive tendencies.

Use the power of love to your advantage. Dogs live for attention, so be mindful of the way you give it. Paying more attention to misbehavior, for example, may mean they exaggerate their behavior to catch your eye. Similarly, using an overly excitable tone at the wrong time can reinforce negative behaviors, like when attempting to comfort your pup while afraid. Pet your dog when they are calm and happy, not excited and jumping, and use your judgment on when to deploy the affectionate “doggy voice”.

If your dog has picked up some bad habits, a Bark Busters trainer is just a call away. We’ll teach you to communicate in the way dogs understand, so you can enjoy expressing and receiving affection, and live a happier life together with your dog!