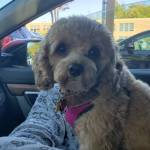 Maria S New Providence, New Jersey | October 20 2021
SOOO happy we won't have to give up our dog! Maddie had developed guarding issues and was quite ferocious when in that state. We had tried other trainers and at first we were happy that we learned how to manage the aggressive behavior, but it was more of learning how to avoid the behavior rather than changing it. Naturally, once we let our guard down she would exhibit the aggressive behavior once again. We thought we were going to have to take her to a shelter because we were so afraid she would end up hurting our 6-year old grandson! As a last resort, we searched for an animal behaviorist. After interviewing a few, we found Keith with Bark Busters. Boy, what a difference with even just one session! Maddie is like a different dog! At first I kind of felt a little sad because she seemed "broken" LOL! She is such a joy now though, and our relationship with our dog has much improved. Additionally, Keith has been wonderfully responsive to our questions. We are looking forward to our next session! Permalink
Bark Busters dealt with Aggression, Barking, Jumping up, Pulling, Recall 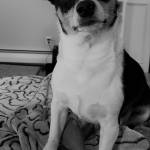 Nancy A Basking Ridge, New Jersey | September 22 2021
The biggest issue we had with Gizmo was barking, he was go into a frenzy when people, cars, dogs, etc.. would walk by, sometimes just hearing something he would go crazy, we could not hear if we were talking on the phone, disrupted TV, plus I have a grandbaby and when she would try and nap, Gizmo would wake the baby with this excessive barking. After one session of this training with Keith Axsom, I was shocked to see Gizmo respond so quickly. Gizmo is 2 years old and this barking has been going on since he got attacked by a couple of dogs at about 6 months old. My husband and I were absolutely shocked at Gizmos response. There is continuous follow up and if you have problems, Keith checked in via emails and text messages. So far have not needed to call. It's only been two weeks and we have our life back!! Gizmo is much better behaved all the way around. Thanks Bark Busters Keith Axsom! Permalink
Bark Busters dealt with Barking, Jumping up, Other, Pulling

Kim D Milltown, New Jersey | May 12 2021
After one session, we have already seen a change in our 2 yr old Pitt mix. She is a rescue that has many fears and anxieties. With a young child in the house, it was imperative to seek outside support. Keith is very patient and knowledgeable. We appreciate his guidance and support. I can already see confidence building in our son, too. We are looking forward to our next sessions. Thank you Keith! Permalink
Bark Busters dealt with Aggression, Barking, Jumping up, Pulling

Leah C Clark, New Jersey | April 20 2021
If you are at your wits end, like I was, this is your answer. I had worked with 3 trainers prior and done soooo many hours of research, but nothing worked until my first session with Keith. Milo, my two year old plott hound mix, exhibited extremely protective and territorial behavior. He would bark like crazy at any noise he heard outside, showed aggression when people came to the house (so much so we were unable to have guests over anymore), pulled on walks and barked/lunged at other dogs/animals/people on the other side of the street. When I decided to reach out to Bark Busters I definitely had my reservations due to past failures, but I was cautiously optimistic. So needless to say my mind was absolutely blown when I saw immediate improvement in Milo within the first 5-10 minutes of training. By the end of the session Milo was fully attentive to what I was saying and snuggling up and getting lots of pets from Keith who was a complete stranger to him 2 hours ago, I was truly in a state of disbelief. We just had our second session a couple of days ago and Milo has done a complete 180. He's still my same sweet little bundle of energy, but now he listens to me, rarely ever barks at noises outside and walks on leash right by my side with no pulling or barking. Enrolling in Bark Busters and working with Keith has truly changed both Milo and I's life for the better. I used to say I was going to have to live alone in a cabin in the woods with Milo because I felt so hopeless about him being able to interact with others, but now I get excited to have a guest over so I can see how amazing Milo is doing with his training. So if you are in the same situation I was in, or anything similar, call Bark Busters now. Permalink
Bark Busters dealt with Aggression, Barking, Jumping up, Pulling

Margaret G Bridgewater, New Jersey | April 19 2021
We inherited a very large dog that is loving & sweet except towards other dogs. Becomes very aggressive just seeing any dog. His behavior really improved after just his first session with Keith, was so amazing. We are now able to enjoy walking him using the various techniques Keith has taught us. We look forward to further lessons and a dog that is happy & well behaved. Permalink
Bark Busters dealt with Aggression, Barking, Pulling

Grittney T Somerset, New Jersey | February 20 2021
We just got our dog, Ace, last week from a rescue. We did not realize that he was not leash trained until after we brought him home. He showed immediate improvement after our initial training session. We were able to correct a lot of undesired behavior. Keith is an absolute pleasure to work with. We will continue to utilize what we have learned to keep Ace a very happy dog. Permalink
Bark Busters dealt with Barking, Hyperactivity, Jumping up, Pulling, Recall
Trainer note from Keith : Thanks for the great review Grittney!

Tim M Flemington, New Jersey | January 18 2021
I was a doubter. I had done other training with our 3 year old pitbull/lab mix. The training never stuck or fixed the problems. We called Keith because we were desperate, because we couldn’t bring Daisy anywhere without her jumping and nipping at people, and couldn’t have guests over either for the same reason. Keith came over and did his presentation explaining his methods, and then we saw an IMMEDIATE change with Daisy. I honestly couldn’t believe it! She was like a new dog! He stayed for another 2-3 hours as we reinforced some other things. We now have the tools going forward and know Keith is just a call away if we see regression. High recommend... first session is worth the price alone! Permalink
Bark Busters dealt with Aggression, Hyperactivity, Jumping up, Pulling
Trainer note from Keith : Thanks Tim, very happy for your success with Daisy! 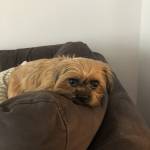 Jerry & Joanna C Matawan, Monmouth, New Jersey | October 25 2020
Our 2 year old Yorkie Shih Tzu mix was terrible with strangers coming into the home and had bitten before. Anytime we needed a plumber, or a friend would come over that the dog never met the anxiety we had was terrible, we were afraid of what the dog would do. We found bark busters and spoke with Keith who was confident he could help. We set the appointment and we were hopeful but wondered how this could work. Long story short... after 2 HOURS I don’t know where my dog went and who this well behaved guy is. I know we need to continue the training at home to maximize results, which we will but the results truly are that very first day and it is one of the most incredible things We have ever seen, not sure if we will ever get over how great of this is. Keith is a great guy, very even tempered, very informative and patient. If you think all hope is lost for your dog and you’ve tried everything... don’t give up, CALL KEITH NOW, JUST BELIEVE IN IT AND I PROMISE IT WILL WORK! Permalink
Bark Busters dealt with Aggression, Barking, Jumping up, Recall

Nicole S Raritan, New Jersey | July 30 2020
Let me just tell you...this was literally our last ditch effort for our 6 year old golden retriever/shepherd mix. Our family was telling us we needed to get rid of our dog because of his behavior issues (anxiety, sometimes “aggressive”, etc). Having 2 small kids, we knew we needed to try something. I found Keith through his online reviews and figured if anyone could help, it would be him. Boy am I happy I sent that inquiry email! Keith was AMAZING and very patient. He didn’t force our dog to do anything he didn’t want to do. He gave my husband and I the tools and education we needed to understand our dog and his behaviors. And let me tell you....he’s like a new dog!! My husband and I were completely speechless. When Keith left, my husband and I looked at each other and asked what just happened hahha. I’m SO happy to have found Keith and bark busters and look forward to more sessions with him! I honestly can’t recommend him enough!!! Permalink
Bark Busters dealt with Aggression, Barking, Hyperactivity, Other
Trainer note from Keith : Thanks Nicole, a pleasure to work with you!