Houston | September 11 2011
I contacted Donna because my 9-month-old Coton was constantly yapping at everything outside and inside the house. He was restless and driving me crazy. I could not let him greet people because I wasn't sure what he was going to do, and he had to be crated if had children visiting my house. He was also pulling on the leash and I felt embarrassed taking him for a walk due to his aggressive barking at people. We had done some basic puppy training based on operant conditioning (rewarding the dog with a treat) with him elsewhere so the dog knew the basics. However, it wasn't until Donna got here when the he understood what was really expected of him. After a two-hour session with Donna the barking, pulling and ambivalent behavior was gone. And this was all accomplished without the treats, which I found a lot more convenient and natural for me. The next day after Donna's visit I wasn't sure if the dog was sick because he was so peaceful. He wasn't sick. He simply knew what was his role now. I was the alpha in the house, not him. I would protect the house so that the dog didn't have to do it. The yapping, pulling, aggressive and otherwise ambivalent behavior around strangers and children was gone. When someone knocks at the door now, he knows that he's not supposed to bark and run to the door but he'll wait and do what is expected of him. I believe that dogs do well if they can. Before Donna got here my dog couldn't. Donna gave me the dog I always wanted. I highly recommend her. Thank you so much! Permalink
See more reviews for Donna and Jim 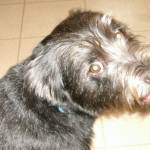 Jackie D Zeeland, Michigan | September 11 2011
Sheri, you did a wonderful job! Thank you from Oliver and I Permalink
Bark Busters dealt with Barking, Jumping up, Pulling, Puppy management, Recall
Trainer note from Sheri : It was great to meet you. Oliver is a sweet boy.
See more reviews for Sheri

Noth Potomac | September 10 2011
Glenda started working with us 6 years ago, in 2006 and my dog has been the best dog we had so far. We moved 3 times to different addresses in Montgomery County and she came back when we needed her every time with no cost. My daughter is 2 years old and she can walk a Cocker Spaniel around the block without any problems. That's how awesome she trained our dog Luna. It was very worth it. "SHE IS THE BEST"! Permalink

Schaumburg | September 09 2011
Chris is patient and loving and treats my dog with love and tenderness. Most importantly, I wanted my dog to quit chasing cars and trained. Chris Guth did that. I'm very happy. My dog is much improved. Permalink

Naples | September 09 2011
We were very pleased with the dog training results of Bark Busters. Permalink
See more reviews for Colin and June

Auburn Hills | September 09 2011
Duke has been barking uncontrollably for SEVEN YEARS!! After the first session, I saw IMMEDIATE improvements! The training is effective and fun. John was great! Permalink

Frankfort | September 08 2011
Vicky is very thorough and patient. Amazing how well we learned to keep Wrigley away from the door. I found the training experience to be interesting and enjoyable. It's nice to get control back from our dog. Permalink
See more reviews for Vicky

Gainesville | September 08 2011
Laura took her time to explain the techniques and made it very easy to understand! Our dog Lola responded to the training right away and it has made such a huge difference in her and us! The natural training techniques are great and work well in every situation and I definitely feel in control! We enjoyed the learning so many things through this experience and enjoy working with our dog Lola. This has been a wonderful experience! I would recommend this program to anyone with a dog problem or adopting a new dog/puppy! It has made such a difference in our lives with Lola! Laura is such a wonderful trainer! She takes her time with you and makes it such a positive experience! We would recommend her to anyone and this program has made our home a happier one with Lola! She is a different dog! Permalink
See more reviews for Laura

Homer Glen | September 08 2011
I observed noticeable results by the end of the training. My dog is much less fearful and much calmer. Love the "BAH"! We have a changed pet. Our pet went from a calm environment of an older man to our chaotic home of 7 kids. He was fearful and aggressive. Now, he realizes we're the leaders. He's comfortable with us and is so relaxed he even lays down during the day. Permalink
See more reviews for Vicky

Homer Glen | September 08 2011
If you work with your pet every day you can see the results. I would recommend Bark Busters to my friends and neighbors. The techniques are very good and nothing is done that is abusive. The therapist explained the techniques in a way that was easy to follow. Permalink
See more reviews for Vicky