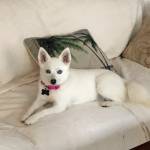 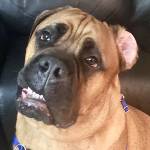 Kyle K Ankeny, Iowa | November 22 2019
I have a 1-year-old Bullmastiff puppy named Bodie that weighs 145+. My brother recently moved into his own place and Bodie started being very destructive, chewing up anything he could get his mouth around. Coaxial Cable, Power Cords, glass picture frames, pillows and even a framed picture off the wall. He also started to get more aggressive with everyone so we knew we had to get him trained and do it quick. We did a lot of research and Bark Busters was very well respected and recommended by co-workers, friends and several online sources. I have to admit when they told me how much it would cost I was skeptical but they offered results guaranteed for the life of the dog. I called and they scheduled me in within 1 week with Deb Boswell. She came to my home last night and spent almost 4 hours with us. She educated me on so many levels. Starting with what type of food he should be eating to why Bodie was acting up. she showed me a couple of videos while educating me on all aspects of a dog's life. I brought Bodie out of his kennel and he was going crazy, trying to get both of us to play with him. We ignored him then when he started to bark uncontrollably, or so I thought, Deb did a [vocal] and it was almost as if he was hypnotized but he wasn't. Deb did not use any food or treats to get the results we wanted, she did not even put a hand on Bodie, she simply said a vocal and that was it. .I could not believe he stopped so quickly for her and continued the whole night. She taught me the [process] and it's still working today. I was given exercises to complete every day with Bodie and we will have another meeting with Deb in a few weeks. Everything she said made so much sense. I learned so much about my dog in one 4-hour-session and I can not believe the instant results on Bodie's demeanor, he is like a completely changed dog. I know it is only 1 day into this program but the changes he has already made and the fact that I can open my refrigerator without Bodie all over me begging for food justifies the price of the program. I highly recommend this program to any dog owner. I honestly learned more about dogs in one night then I have in 46 years and owning 4 different dogs. Deb is an amazing trainer, Bodie responded to her immediately and anytime she worked with him. Two days in and Bodie is responding to me so well. We both look forward to our training exercises each day. I know Bodie will continue to mess up but now I know how to work with him on changing his mistakes in a positive manner. I can't say enough about the change already in my dog. Thank You, Deb and everyone at Bark Busters for demonstrating how to properly train a dog and without being physical on the dog or rewarding it with treats. You do amazing work. Permalink
Bark Busters dealt with Chewing, Hyperactivity, Jumping up, Pulling, Separation anxiety
See more reviews for Deb

Brittney P Rosenberg, Texas | November 21 2019
Am amazed & thrilled at how much progress we made in under 2 hours! Wow!!! This was a great experience. Will be recommending to friends & family. Permalink
Bark Busters dealt with Puppy management, Toileting
See more reviews for Pat, Sheryl and April 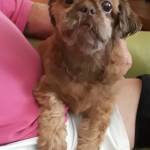 Roberta Q Naples, Florida | November 21 2019
We have not seen positive response from Heidi. Permalink
Trainer note from Colin and June : At this time the new owners only had this rescue dog for less than a week, so once she has adjusted to her new pack, we remain confident she will respond positively.
See more reviews for Colin and June

Maria V Elmhurst, New York | November 21 2019
We have a 10 years old Maltese Lucky, that we have never had him trained. The reason we look for training was because he became very posesive of me and start barking and winning every time I got home . I cant never sit in my living room watching TV or talk to my husband anymore, Because of his barking and wining all over us. He also got aggressive over time. So we got Josh. He was just what we need , from first day Lucky was another dog. I was staring to give up on him when Josh show us a few things to do with him and that was it .. he is doing great with his training and hopefully with Josh's magic hand he will became the dog that we want him to be .. We highty reccomend Josh Gent and Bark Busters.. Permalink
Bark Busters dealt with Aggression, Barking, Separation anxiety
See more reviews for Josh

Mary D New York, New York, New York | November 20 2019
Sarah was wonderful with Chloe and with me. She provided advice and training that was easy to follow and Chloe responded right away. She provided me with piece of mind that she will be back for ongoing support and there to help. Permalink
Bark Busters dealt with Barking
See more reviews for Sarah

Chelsea G Alexandria, City of Alexandria, Virginia | November 18 2019
Jeanie is phenomenal!!! She is like a dog whisper! My dog suffered from severe I mean SEVERE separation anxiety/related aggression with his crate. He did not like the crate one bit, it was a 20 minute battle to get him in the crate everyday! If you could get him he would try to bite you hard out of fear and anxiety not to be mean. I tried 4 different crates (different sizes, different types), kongs stuffed with different things, calming chews, clothes from me in his crate, doggy tv, doggie music, a pillow with a warmer that simulates dog moms, thundershirt, adaptil plug in, calming chew bones, different areas for the crate, gated area instead of a crate....you name it I tried it! Not to mention he was pottying in his crate and then laying in it because he didnt have anywhere else to go. This was a daily occurrence. He would bark non stop for 4-5 hours a day when left alone. Thats when I found Bark busters! Jeanie is a life saver! The apartment complex was ready to kick me out because of the continual dog barking! Thanks to Jeanie, he will now go in his crate with only verbal and gestural commands and it takes less than 30 seconds! His aggression from the crate has significantly decreased to the point where its almost gone (it was spilling over into other areas of my dogs life). I am so thankful I found Jeanie, otherwise I would still be cleaning up my pups crate and giving him a bath everyday after a long work day and be moving continually because of dog barking. Thanks so much Jeanie, I can’t say enough good things about you!!! Permalink
Bark Busters dealt with Aggression, Barking, Digging, Separation anxiety
See more reviews for Jeanie 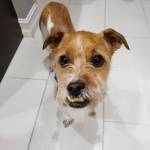 Chelsea & Jeremy D Delray Beach, Florida | November 18 2019
We corrected many behaviors suing similar tactics. Marc taught us what to do to prevent behaviors including how to stand and what to say. Permalink
Bark Busters dealt with Barking, Chewing, Hyperactivity, Jumping up, Separation anxiety
See more reviews for Karen and Marc