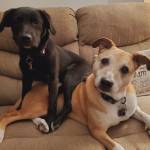 Michelle H White Bear Lake, Minnesota | March 06 2021
When I read reviews that stated Lynne's clients saw results on day 1, they were not exaggerating! I saw results in my 11 year old dog and our 6 month old rescue dog. My fiance and I were in shock. We knew we had great dogs but we now see endless potential. Lynne clearly knows how to speak "dog". She is a dog whisperer ?. We look forward to improving all 4 of our behaviors around our home. Permalink
Bark Busters dealt with Other
Trainer note from Michael : It's a pleasure to work with you!
See more reviews for Michael 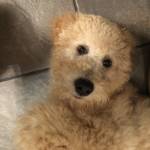 Brinley A Richmond Hill, Georgia | March 05 2021
Positive: Professionalism, Quality, Reliability, Responsiveness, Value We think Bark Busters was the best thing we could’ve done for us and our dog. The training methods are excellent. James guided us through the tough early puppy times and continues to be there for us making our lives and our dog’s life much more enjoyable. He makes himself readily available to us whenever we need guidance or training in the next development stage we are in with our pup. We would recommend their services to anyone who wants a happy and well behaved dog. James has trained us as well as our dog giving us a great relationship with a lot more enjoyment and less frustration during those puppy “adolescent” stages. Permalink
Bark Busters dealt with Hyperactivity, Jumping up, Other, Pulling, Puppy management, Recall, Separation anxiety
See more reviews for James and Michelle 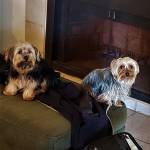 Sheri G Round Rock, Williamson, Texas | March 04 2021
We are very pleased with the things Damon taught us about our dogs and how to communicate with them. We saw immediate results and understand how easy it is to keep them happy and under control. We started today to reinforce what we learned yesterday and look forward to many happy years of enjoyment! Permalink
Bark Busters dealt with Barking, Chewing, Jumping up, Puppy management
Trainer note from Damon : This lovely family is a joy to work with. I can't wait to watch their progress!
See more reviews for Damon 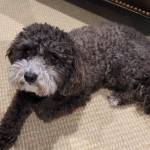 Lori C Stuart, Florida | March 04 2021
We called Marc because our poodle barked like crazy when someone came to the door. With in a few minutes Marc showed us how to take control and keep Willow quiet when someone rings the bell. Permalink
Bark Busters dealt with Barking, Jumping up, Other, Pulling, Recall
See more reviews for Karen and Marc

Catherine R Denver, Colorado | March 03 2021
Once our Goldendoodle puppy turned around 4 months old, I knew we needed training assistance. He was very sweet, but issues surfaced that I felt required professional help before his behaviors became the norm. Our biggest concern was that he feared the stairs and refused to go up when it was time for bed. Someone had to sleep on the couch with him every night which was not scalable or realistic long term. Once I discovered Bark Busters, I quickly became intrigued with their philosophy and reached out to the local team. Enter Holly: Within two hours of her being at our house, we had a new puppy. Cashman suddenly was unafraid of the stairs! In addition, his parents learned daily exercises / training techniques that made Cash understand that he wasn’t the pack leader anymore. Once the stairs became his favorite form of indoor activity, we tried outdoor walking which didn’t go well at all. So, we called Holly back. She not only got him to obey commends on the leash but to also understand attentiveness. I even shot a video of how proud I was of the transformation when she was here! A few days later, I had reach out to “Aunt Holly” for advice. Cash had regressed and started to pull, become distracted, and walk sideways on the leash. Holly was able to troubleshoot what was wrong at the time, but we still have work to do. We are now in the process of meeting with her again for more advanced training. I have referred Holly to co-workers because I have been so impressed with her. We couldn’t be happier with her skills as a coach and I am confident that Cash will eventually be the best behaved / disciplined boy that he can be! Thank you, Holly and Bark Busters!! Permalink
Bark Busters dealt with Digging, Pulling, Puppy management, Recall, Separation anxiety
See more reviews for Holly and Scott 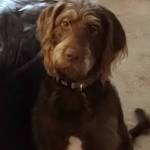 Randall B Cary, North Carolina | March 02 2021
The program is designed to help dog owners be better communicators and leaders of their "pack". I have done training with other programs with other dogs, but am so glad that we found Jerry and the Bark Busters program for our quarantine labradoodle Kenobi. We had tried the treat training, but he swiftly learned how to "game" that system. In one afternoon with Jerry, I gained Kenobi's respect and he became a different dog. There is still work to do, but we are well on our way with this program. A huge thanks to Jerry and this program. Permalink
Bark Busters dealt with Barking, Hyperactivity, Jumping up, Other, Pulling, Recall
See more reviews for Jerry 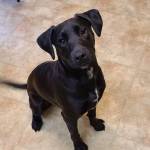 Meagan R Columbus, Georgia | March 01 2021
Our dog, Piper, was a completely different dog in just the few hours that Theresa was in our home. Having a less stressed dog who listens and knows who is in charge is going to make a world of difference in our home. In just a few hours, she was responding so different than what we have been used to for the last six months. We were at our wits end with her behaviors and in the few hours Theresa was here to help me work with her I could tell a difference in her anxiety level and her behavior. I was able to go in my kitchen without a dog under my feet, answer the door without her coming too, walk her on a loose leash without her pulling in front of me. The results were amazing. Theresa will be back in a month and we will continue to work with her everyday at home to see a dramatic difference in our sweet dog. After a few hours of training she is worn out and sleeping peacefully in our living room, which would have never happened before. I am so glad we sought some extra help with Theresa from Bark Busters! We truly couldn’t have done it without her. She is so patient and kind. We never would have gotten this with other forms of training we looked into! Permalink
Bark Busters dealt with Barking, Digging, Jumping up, Pulling
See more reviews for Theresa Nichols 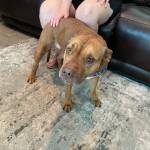 Alex C Maitland, Florida | February 28 2021
We feel confident going forward wiyh yhe training we got today. We were trained along with our dog so we have the tools to continue wiyh our dog. Permalink
Bark Busters dealt with Aggression, Barking, Jumping up, Pulling
See more reviews for John