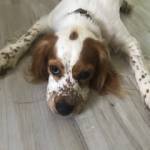 Margie M DeBary, Florida | March 27 2020
Sady reacted fast to the commands given-Instructions were clear and to th e point for me. Permalink
Bark Busters dealt with Jumping up, Other, Pulling, Puppy management
Trainer note from John : Great owner has adopted this dog and given it a new home.
See more reviews for John

Lisa J Lake Worth, Florida | March 26 2020
This was amazing! With in a few minutes I had Mickey calm & paying attention to me. Permalink
Bark Busters dealt with Barking, Hyperactivity, Jumping up, Recall, Sibling rivalry
See more reviews for Karen and Marc

Donna L Havana, Gadsden, Florida | March 25 2020
We are return customers with Leigh Ann. Our boys were so responsive to the techniques in our first session it was remarkable. Permalink
Bark Busters dealt with Aggression, Barking, Chewing, Digging, Jumping up, Puppy management, Recall
Trainer note from Leigh Ann : So glad to work with the Lowmans again and their new pups!
See more reviews for Leigh Ann

Tina E Whitestone, New York | March 25 2020
My husband and I adopted a dog (winnie) from a rescue agency 3 months ago and over time as she has become more comfortable, she has began developing her own personalities. With that we wanted a trainer to help us work with us and winnie to ensure we continue in the right direction. Josh from bark busters has been attentive and so professional with training our dog Winnie. Our first visit we spent time talking about what our normal daily routines are and what we wanted to work on. Josh was extremely patient and knowledgeable when explaining the training techniques and “homework” to help us continue to build upon our visit. we all had a good time and learned a ton. after the two hour training we could already see a significant improvement on her leash pulling, barking at the door and trying to run outside when not on a leash. Even after the first visit josh has been extremely receptive and responsive to all of our questions and text messages. at times we have even been able to send josh videos to make sure we are performing the “homework” tasks correctly. we truly have appreciated all of his help. I would highly recommend Josh to anyone who is serious about having a professional dog trainer. Permalink
Bark Busters dealt with Barking, Other, Recall, Separation anxiety
See more reviews for Josh 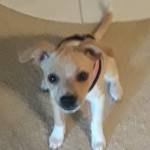 Michelle L Lemont, DuPage, Illinois | March 24 2020
I love Vicky! She is a wealth of information and provides great applied hands-on training. She is warm, flexible, and professional. She is an amazing teacher! My puppy and I were very pleased! Permalink
See more reviews for Vicky

Vince P Tinley Park, Cook, Illinois | March 24 2020
We’re so glad we called Vicky. She is helping us to be sure our puppy will grow up to be well mannered and a great family dog. We can finally enjoy walking our dog thanks to Vicky! Permalink
Bark Busters dealt with Puppy management
See more reviews for Vicky

Doug M Baltimore, Baltimore (city), Maryland | March 24 2020
I initially contracted with Anne 6 years ago when I moved into a high rise condo downtown. My dogs were having trouble adjusting to all the people and dogs. After literally only two sessions my dogs stopped their barking at other dogs, etc. One of my dogs that she trained passed away in November, 2019. Her sister, Monkey, is still alive; she's almost 13 now, and was diagnosed 2 months ago with diabetes, plus losing her hearing and vision. I adopted Dexter from a great dachshund rescue in November. He quickly became very possessive and my shadow (maybe a rescue thing). Two weeks ago, and on several occasions, Dexter aggressively attacked Monkey. They were fine together whenever I was not near them, but on these occasions Dexter was with me and he attacked when Monkey approached me. Frantically I reached out to Anne again. Within an hour she called me. Starting the Monday before last we began tele-training (since we cannot get together due to the coronavirus). Anne has been giving me detailed step by step training instructions, plus we also FaceTime. Phase 1 is me asserting myself as the pack leader so that Dexter will do as told, respecting me as the leader, and reduce his separation anxiety. This has gone really well. Phase II is coming up, where we will work on sibling rivalry, etc. Anne is amazing. So knowledgeable, responsive, caring and professional. She's a dear. I don't know what I'd be doing right now without her help!!! Permalink
Bark Busters dealt with Aggression, Barking, Separation anxiety, Sibling rivalry
Trainer note from Anne : Doug is so committed to his pups. He is diligently woking the training program and it is working for him! He is my first remote training client and with his support proved that a lot of behavioral issues including sibling rivalry and separation anxiety can be treated using remote training methods.
See more reviews for Anne

Reinaldo R Romeoville, Will, Illinois | March 24 2020
Vicky came to help me and my family, after my local township declared my puppy Grizzly dangerous. She squeezed us into her busy day and helped relieve the stress of my situation and evaluated him, by observing and interacting with him. She came to the conclusion that he isn't dangerous. She was more than helpful, and extremely informative. She even gave us some tips, on how to positively correct him, and gave him a toy. She also showed me how to call him back to us, should he ever get loose. Professional and polite, would highly recommend. Thanks Vicky Permalink
Bark Busters dealt with Other
See more reviews for Vicky