Amy R Potomac, Montgomery, Maryland | October 18 2018
I had read Marsha's reviews and was hopeful but skeptical. How can behavior that has been occurring for years change? Well, my dog's did. In minutes. I now need to continue the exercises that program the dog to make it last forever. And I will! Permalink
Bark Busters dealt with Aggression, Barking, Hyperactivity, Jumping up, Pulling
See more reviews for Marsha 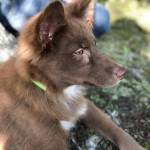 Kat C The Woodlands, Texas | October 18 2018
Bob was amazing! I have a Pitbull and he understood that Pits are a lovable breed. The father-son duo came in, spent time training us to be leaders to Moose, and helped us onto the path to showcase how awesome/trainable Pitbulls truly are. Their patience and guidance was a dream sent; along with their willingness to take the time to go through every step and method was really nice to experience. I would recommend Bob and Brett to anyone, already we are seeing major improvements in my dog's behavior! We are for sure sticking with them and Bark Buster for any-all dog training. Thank y'all so much for everything! Permalink
Bark Busters dealt with Aggression, Barking, Jumping up, Other, Pulling
See more reviews for Bob 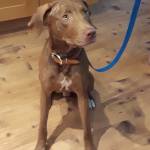 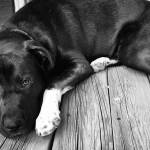 Haley M Broomfield, Colorado | October 17 2018
Scott was a life-saver when it came to training my Pitbull/ lab mix puppy I adopted in 2016. This is my first dog and I had created some bad habits with her prior to calling bark busters including but not limited to; leash aggression, visitor aggression, overly protective, anxiety with new people (especially men), the list goes on. Scott really took the time to teach me how to communicate with my dog and earn her respect. Now, a year later, she is a completely different dog! You can rest assured Scott will be there whenever you need him. Sometimes a simple phone call is all it takes. He is great with dogs that are nervous and anxious, that I know from experience, and always reassures me that the disobedience is only temporary with the right training. Very encouraging trainer, I 100% recommend to anyone looking for someone to help with their pup! Permalink
Bark Busters dealt with Aggression, Barking, Chewing
See more reviews for Scott 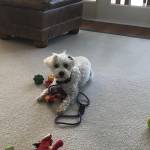 Amy J Daniel Island, South Carolina | October 17 2018
Bark Busters was recommended by my vet. I have been working with James to help my 8-month old puppy (and me) to develop good habits. He is awesome to work with and has been very responsive to any questions. I like James' communication style very much and the way he can interpret my little puppy's behavior and then help me understand how to adapt my approach. Great job! Permalink
Bark Busters dealt with Barking, Other, Pulling, Puppy management, Recall, Separation anxiety
See more reviews for James and Michelle 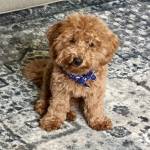 Traci H Wyandotte, Wayne, Michigan | October 16 2018
Maril really helped me how to understand my puppy’s behavior, and how to modify my behavior to get Quincy to be a less anxious, happier dog. Permalink
Bark Busters dealt with Barking, Other, Pulling, Puppy management, Toileting
Trainer note from Maril and Bob : Traci and Quincy were a joy to work with and quick learners!
See more reviews for Maril and Bob 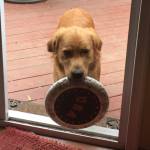 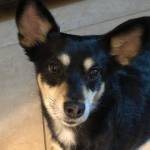 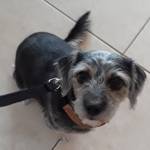 Lisa B Marco Island, Florida | October 16 2018
I find it very expensive. Permalink
Bark Busters dealt with Aggression, Barking
Trainer note from John and Elizabeth : Whilst we respect your right to your opinion, we rarely receive comments like this from clients who have used the Bark Busters system. We do note that, despite aggression being one of the issues, you opted for the Bronze Program, whilst both our Silver (one year guarantee) or Gold (Guarantee of Lifetime Support) Programs we feel offer better value for money. What you paid us for the Bronze Program would be less than a vet bill for one dog bite, so especially as you were happy with every other aspect of our training, our opinion is that it is not expensive.
See more reviews for John and Elizabeth