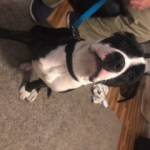 Samantha D Castle Pines, Colorado | December 06 2019
Daniel Gusmerotti is wonderful. We were struggling with our two English bull dogs who were fighting constantly. In 2 hours he turned a chaotic household into peace. We are now the pack leaders, our dogs do not fight anymore, even better , they LISTEN to commands, and are calm and peaceful. I highly recommend Dan, he provides life long tips on creating a good bond with dogs, tools to easily implement that work. Can't thank him enough for restoring peace in our house! Permalink
Bark Busters dealt with Aggression, Barking, Chewing, Hyperactivity, Jumping up, Pulling, Sibling rivalry
See more reviews for Dan & Adrienne

Ted C Chicago, Illinois | December 05 2019
Marlene and Howard from Bark Buster's are wonderful. After my horrible 4 week experience with another trainer I had lost faith in the dog training world. Marlene and Howard came to my house and seen for themselves my dogs behavior. Within 10 to 15 minutes I was noticing a totally different behavior. No choking, shocking or treats, just plain, simple corrections that worked! I didn't have to learn German to get my German Shepard to understand what I expect from her. This is not an overnight miracle, but they have given me the knowledge and tools to make me feel confident in this challenge. I would totally recommend Bark Buster's to anyone that needs training assistance with their dog. Thank you so much. Ted. Permalink
Bark Busters dealt with Jumping up, Other, Pulling, Separation anxiety
See more reviews for Howard & Marlene 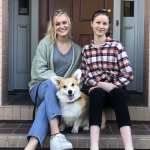 Amanda D Portland, Multnomah, Oregon | December 05 2019
After our 13 year old female died, our 2 year old male started showing signs of aggression. Walks became volatile and nerve wracking and I knew we needed help. Dick came to our house and taught us what to do. I loved this technique because he had us do everything. He never touched our dog or the leash, he simply taught us what to do. The results were immediate. We had no idea how many subtle things we were doing that sent the wrong message to our dog. Dick gave us clear instructions and explained everything he asked us to do. Consistency is key, change can be challenging, but it's SO WORTH IT. We're just beginning this process but the change is already significant. Our dog is happy and calm, our walks are lovely outings, better than ever, and we owe it all to Dick Messenger. Permalink
Bark Busters dealt with Aggression
See more reviews for Dick 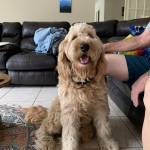 Celeste M Okeechobee, Florida | December 05 2019
I would like to say this session was better than I expected. I can't believe my dog learned so much in such a short time. After 10 15 minutes her behavior changed. Marc was so kind and the best trainer we could ever have. We are happy and thankful. Permalink
Bark Busters dealt with Barking, Chewing, Hyperactivity, Jumping up, Pulling
See more reviews for Karen and Marc 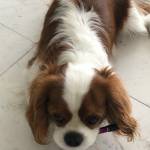 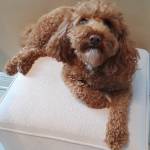 Carla H Marco Island, Florida | December 05 2019
Working with June and Colin is the best money I've ever spent. The techniques are simple and make sense. Permalink
Bark Busters dealt with Barking, Jumping up, Pulling
Trainer note from John and Elizabeth : This lovely dog responded to our training immediately.
See more reviews for John and Elizabeth

Mike H Denver, Colorado | December 05 2019
What can I say, Dan is a dog's savior. I rescued an Aussie Shepherd who had clearly been abused. I wanted to provide him the safety and love that he missed in his past life. Though I had some successes with him trusting me more, he started to develop aggression towards other dogs on the walk, and barking and lunging at guests at the front door. I could see in his face he wanted to be good, he just looked so scared all the time. So, I paid $3k for a dog training boot camp. However, they kicked him out the first day because he bit a trainer really bad. The trainer had to get stitches, and recommended I give him away or have him put down! Out of the question... Luckily, they gave me back some of my money. When I got Gus back, he was worse than before, and he would sit there and shake for no reason. I was about to make a tough decision when a friend of my dad's told me about Bark Busters and how they did an amazing job on his Golden. I decided to give it a shot and reached out to Dan. Over the phone he was able to give me the confidence that I needed to hear that we could fix Gus's issues. I was still skeptical because of the past experiences, though. When Dan came over he spent some time explaining his training and how it works, and explained how the other training was likely very physical. That's what likely led to the attack and the worsening of his fearfulness. Dan doesn't use shock collars, prong collars, or treats. He didn't even touch Gus the whole time. After the intro, he started to show us how to do the training. Sooo different than I could have imagined. I couldn't believe how well my dog was responding! We worked on the front door first. After only a few minutes, I had full control over Gus, and I could feel his tension dropping. We did some other exercises in the home to reduce Gus's obsession with going after anything that moves. Then headed outside. I was definitely worried now because I hadn't been walking Gus in the evenings, rather waiting until dark with less people. We saw, and walked by, 2 big dogs and Gus didn't even pay attention to them! I was completely blown away. I know that a lot of the responsibility falls on me as the pack leader to continue the leadership exercises, but this boost in confidence and the immediate results have definitely energized me. I can't thank Dan enough. He literally saved my dog's life, and he's offered his support if anything happens again in the future. Amazing!! Permalink
Bark Busters dealt with Aggression, Barking, Chewing, Hyperactivity, Jumping up, Other, Pulling, Recall, Separation anxiety
See more reviews for Dan & Adrienne