Lisa D Saint Johns, Saint Johns, Florida | August 05 2018
Linda was 100% worth the money. I did a rescue of a hound found in the forest in Lake City in March. Beyond scared of humans. I had an AMAZING foster which found Nellie (the pup) and took her in for a few months and did what he could, including the vet. I adopted Nellie due to her story and history. I wanted to be proactive instead of reactive and I hired Linda after a lot of research. I've done obedience classes in the past but never in home. Linda "dumbed it down" for me and explained Nellie would do best in home instead of stressing out more by going to a third party. She was dead on. Flexible with scheduling and made it super easy to turn my Nellz from a wild dog into a household pet. Nellie now jumps in the car for a ride, walks well on a leash, not scared of all humans, and (what I like most) is shes mentally stimulated. The pup I adopted is 100 times better and more relaxed and loves someone else in control. Linda makes everything simple and doesn't judge. I've paid the same amount in group classes with other puppies and never got anywhere near these results. Beyond grateful on Linda, her training, and shes just a cool person to spend time with. Highly, highly recommend. Permalink
Bark Busters dealt with Other, Puppy management, Recall
Trainer note from Nathan : It was truly a joy to see Nellie evolve into a happy girl. She is confident with her loving family that they will keep her safe. My reward was her initiating a pet from me!
See more reviews for Nathan 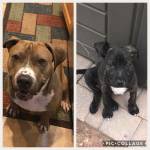 Kathy M Henderson, Clark, Nevada | August 04 2018
We started training last night. I have 2 pit dogs, a 3 month old puppy and a 2 1/2 year old we adopted last September. I was having issues such as leash pulling, food aggression, jumping, front door charging, potty training, crate training, chewing etc. But more than anything I needed to be trained. That's exactly what Derek did...he taught me what to do then helped me work with my dogs. I have started some of my homework already this morning and amazingly they remember! The tips and suggestions he gives you are amazing! He doesn't try to sell you anything or push anything on you but just helps. Great thing is that he (and his wife) are there to help anytime. Just a phone call or text away! Permalink
Bark Busters dealt with Aggression, Chewing, Jumping up, Pulling, Puppy management, Recall, Sibling rivalry, Toileting
See more reviews for Derek and Lissette 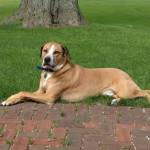 Lois A South Haven, Van Buren, Michigan | August 04 2018
We recently located to a small condo from a large farm. Our 7-year-old dog had hardly ever been on a leash and was experiencing a lot of anxiety with the move. For the first several months we were “captive” in our condo – because he would cry and whine very loudly anytime we would leave him home alone. In addition, trying to take him for a walk on the leash was dangerous and difficult. He is very strong. We called Sheri at Barkbusters looking for help. After two sessions and with daily practice our dog’s behavior has significantly changed. We can now leave him home alone with him not whining and crying and he is better on the leash. Our neighbors have commented on the behavior changes as well. Having Sheri in the condo and able to work with us in our environment was the key. She was quickly able to understand our challenges and gave us encouragement, tips and training. Permalink
Bark Busters dealt with Pulling, Separation anxiety
Trainer note from Sheri : Hi Lois - It was great to meet you all. You did a wonderful job with Roscoe, he is a fun dog! It is always rewarding when your friends and neighbors notice the difference in your dog. Sheri
See more reviews for Sheri 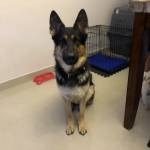 Yosmel H Hialeah, Miami-Dade, Florida | August 04 2018
Luis was professional, patient and helped me solve all the issues with my dogs In just a few hours. Permalink
Bark Busters dealt with Hyperactivity, Jumping up, Pulling, Recall
See more reviews for Luis

Anne D Wallingford, New Haven, Connecticut | August 04 2018
Richard and Vicki were wonderfully encouraging, supportive, and affirming. The assertive yet gentle techniques they taught me helped my dog to relax before my eyes! She is making steady progress as we practice the exercises. I am very grateful to Richard and Vicki for helping me to help my dog. Permalink
Bark Busters dealt with Barking, Jumping up, Separation anxiety
See more reviews for Michael

Mary C Knoxville, Knox, Tennessee | August 04 2018
Connie was amazing! Dusty is a rescue dog. He barked, growled and lunged toward every car, person and dog who came within 50 feet of us. Having anyone come into my apartment was completely out of the question. I was at my wits end when I called Bark Busters. On her first visit, Connie was able to come into the apartment, sit down and even walk around with Dusty off-leash. We went for a walk where we saw a neighbor. Dusty barely acknowledged him. It was incredible! Permalink
Bark Busters dealt with Aggression, Barking, Jumping up, Pulling, Separation anxiety
Trainer note from Connie : Mary wanted to learn to #speakdog. What a great leader Mary can be. Great Job Mary.
See more reviews for Connie

Buck G Needville, Texas | August 04 2018
We were please with the immediate results. The dogs quickly learned proper behavior. We are hoping the potty training will have the same results. We are eager to follow through. Permalink
Bark Busters dealt with Barking, Jumping up, Pulling, Recall, Toileting
See more reviews for Pat, Sheryl and April 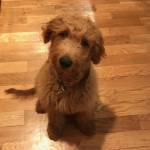 Jodi B Monroe, Orange, New York | August 04 2018
Michelle is amazing! She is kind and patient. She really took the time to explain things to the entire family. We had immediate results with our 7 year old dog who usually does not listen to anyone. Our new puppy is also learning! I highly recommend Michelle!!! Permalink
Bark Busters dealt with Hyperactivity, Other, Puppy management, Sibling rivalry
Trainer note from Michelle : Thank you Jodi! I really enjoyed working with your family! You guys did great and I look forward to seeing your progress as you continue to work with your pups! I'm always here to help when you need me! ~Michelle
See more reviews for Michelle 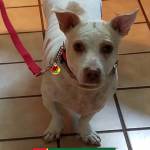 Erik G Eagleville, Pennsylvania | August 04 2018
Jeri was great and addressed all of our concerns. She was patient and clear with all of her instructions. Permalink
Bark Busters dealt with Aggression
See more reviews for Jeri

Beth T McKinney, Texas | August 03 2018
Jim was amazing! We feel like we have the tools to be successful! Our dog, Valkyrie, responded nearly immediately. Thank you! Permalink
Bark Busters dealt with Aggression, Barking, Chewing, Digging, Jumping up, Pulling
See more reviews for Jim and Dee