Tim J San Antonio, Texas | June 19 2018
I'm so happy to have been recommended to Bark Busters. Phyllis was very pleasant and willing to listen and suggest techniques for training. She made us understand how a dog thinks and how they best would respond to training. The techniques were demonstrated so we understood and we had hands-on-training to start learning the techniques. Immediate results - very impressive!! I recommend to anyone with dog behavior issues. I'm very eager to start training to dogs for future & immediate happiness. Can't wait to em"bark" on the Bark Buster lifestyle. Permalink
Bark Busters dealt with Barking, Jumping up, Other, Recall

Hannah S San Antonio, Texas | June 19 2018
Phyllis was very helpful! She took the time to get to know us and gave us great tips to help Ace understand that he does not need to be our little family's "pack leader". Since our 1st visit with Phyllis, Ace has been doing much better! We can already tell a difference in the way he is acting, but most importantly, we have noticed how we have changed the way we communicate to Ace! Although we still have some things to work on, I have no doubt that Phyllis will be able to give us the advice and help that we may need! Thank you Phyllis!! Permalink
Bark Busters dealt with Puppy management, Recall, Separation anxiety

Sarah C Missouri City, Texas | June 19 2018
We were skeptical of how quickly we would see results, but it was almost instantaneous. We're excited to get to work to further implement these techniques! Permalink
Bark Busters dealt with Barking, Jumping up, Other, Pulling, Recall
See more reviews for Pat, Sheryl and April 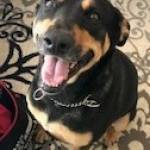 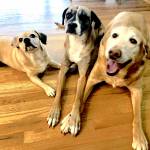 Katie R Grimes, Iowa | June 18 2018
I have 3 fur babes that have been calling the shots for far too long! Moxxie (Boxer mix): I adopted her from the ARL in November 2011. She was a stray and was about 3 months old. I socialized her from day one. She loved people and other dogs. I had her in 3 six week training classes. Before she was a year old she changed. She didn't like strangers and wanted to attack any dog that we came close to. My relationship with Moxxie changed. I don't know where I went wrong. We couldn't go on walks, and couldn't go to the dog park. She became the kind of dog I didn't want. I wanted a social dog, not one that was aggressive. Lady Bug (Puggle): my sister got her in 2013 when she was about 3 months old. She knows NO boundaries and acts like she's the boss. She's great around new people and other dogs. Big Boy (Lab/Retriever): My sister adopted him when he was a couple years old because the owners were getting a divorce and he was in his kennel for 16 hours a day. He is very attention seeking but is the most loveable dog of all 3 fur babes. My sister & I bought a house in 2017 with the sole purpose of having a back yard with a privacy fence to allow all three to have a place to run and enjoy being outdoors. Since day one its been a nightmare. Moxxie fence fights with the neighbors dogs, she attacks the other two dogs when shes in attack mode, she doesn't relax unless it's bed time because she feels like she has to protect the house. I hate having to take them outside on leashes, that takes away from having the backyard with a privacy fence. As soon as I would allow them outside it was like Moxxie was going to war. All 3 fur babes are horrible with non stop barking, they lack any boundaries, I hate inviting people over because they have no door manners. I was to the point of giving Moxxie up for adoption because I honestly was at my last straw with her. She's my babe, and I would do anything for her! My heart was broken. I called Bark Busters after reading the reviews. I think I spoke about all the issues for 45 minutes, including the time Moxxie nipped a kid in the face a few years ago. I was convinced that in home training was what we needed. I didn't want to pay hundreds of dollars a session, I had tried that once with NO luck or improvement after a few sessions. I had my initial meeting/training with Deb on 6/16. We focused the training on Moxxie as she is the most aggressive. At first I wasn't sure if this was going to work. After Deb worked with Moxxie for a bit, I couldn't believe the changes I had seen in Moxxie!! It was like having a completely different dog! I was able to get her to relax in the backyard and redirected her when she went towards the fence. We had family over the following day and I had several people tell me they were impressed with the changes they had seen! I know that this is a work in progress and the price might seem a bit much, but the only regret I have is NOT doing this training with Bark Busters sooner! My relationship has even gotten better in the past 24 hours since training. She knows I'm the leader now and she doesn't have to be in control. Since the fur babes have to focus on us they get mentally exhausted which is great! Their body language has changed from aggressive to relax. This honestly has been the best experience ever! Permalink
Bark Busters dealt with Aggression, Barking, Hyperactivity, Jumping up, Pulling, Recall
See more reviews for Deb 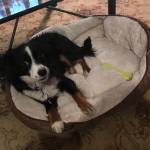 Ryan B Goodyear, Arizona | June 18 2018
We contacted Michelle after our vet recommended her for assistance in correcting aggressive behavior by our one year old mini Aussie. After one session with her and implementation of her training techniques we have not seen any further aggression from Tillie. The techniques are simple and Michelle explains the rationale behind using them. We will also be working with Michelle on excessive barking and Tillie not coming when called. We expect similar results. After just two meetings with Michelle Tillie seems like a much happier dog. Friends who saw Tillie before the training say she seems like a different dog now. I wholeheartedly recommend Michelle and Barkbusters to anyone looking for assistance in training their dog. I only wish we had started working with her when Tillie was still a puppy. Nevertheless, we expect Tillie will be a wonderful member of our family for years to come. Permalink
Bark Busters dealt with Aggression, Barking, Pulling, Recall
Trainer note from Michelle and Connor : Ryan, thank you for taking time to leave this awesome review. Tillie's turnaround is a testament to your dedication and hard work. I facilitate the change, you implement. I am so thrilled to see her just be the happy-go-lucky dog she was always meant to be.
See more reviews for Michelle and Connor 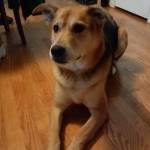 Miriam B Durham, North Carolina | June 17 2018
Jerry helped us understand how to better communicate with our dog. On the first visit, we learned loose-leash walking and good door manners when guests come to visit, among other super helpful techniques. Great experience with a great teacher. Permalink
Bark Busters dealt with Aggression, Other, Pulling, Recall
See more reviews for Jerry 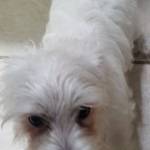 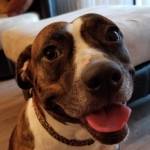 Megan W Lauderhill, Florida | June 17 2018
He taught us ways to have Brownie listen to us quickly. He was able to show how quickly she was willing to learn and behave. I can't wait to learn more tips on how to teach her more rules and make it easier in our home. Thank you so much! Permalink
Bark Busters dealt with Chewing, Hyperactivity, Jumping up, Pulling, Recall, Separation anxiety
See more reviews for Karen and Marc 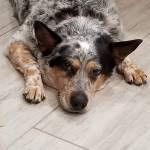 Danelie D Delray Beach, Florida | June 17 2018
Marc did an awesome job showing me how to take control of my dog which was aggressive towards people and other dogs. Didn’t take very long to transform my dog to be submissive. Now I can peacefully walk my dog and feel comfortable with her around people and my new puppy. Absolutely greatful that my dog can be calm and live a more peaceful life. I’ve tried other training but nothing compared to the results I saw with Bark Busters. It was instant transformation! Permalink
Bark Busters dealt with Aggression, Barking, Pulling, Separation anxiety
See more reviews for Karen and Marc