Mike H Denver, Colorado | December 05 2019
What can I say, Dan is a dog's savior. I rescued an Aussie Shepherd who had clearly been abused. I wanted to provide him the safety and love that he missed in his past life. Though I had some successes with him trusting me more, he started to develop aggression towards other dogs on the walk, and barking and lunging at guests at the front door. I could see in his face he wanted to be good, he just looked so scared all the time. So, I paid $3k for a dog training boot camp. However, they kicked him out the first day because he bit a trainer really bad. The trainer had to get stitches, and recommended I give him away or have him put down! Out of the question... Luckily, they gave me back some of my money. When I got Gus back, he was worse than before, and he would sit there and shake for no reason. I was about to make a tough decision when a friend of my dad's told me about Bark Busters and how they did an amazing job on his Golden. I decided to give it a shot and reached out to Dan. Over the phone he was able to give me the confidence that I needed to hear that we could fix Gus's issues. I was still skeptical because of the past experiences, though. When Dan came over he spent some time explaining his training and how it works, and explained how the other training was likely very physical. That's what likely led to the attack and the worsening of his fearfulness. Dan doesn't use shock collars, prong collars, or treats. He didn't even touch Gus the whole time. After the intro, he started to show us how to do the training. Sooo different than I could have imagined. I couldn't believe how well my dog was responding! We worked on the front door first. After only a few minutes, I had full control over Gus, and I could feel his tension dropping. We did some other exercises in the home to reduce Gus's obsession with going after anything that moves. Then headed outside. I was definitely worried now because I hadn't been walking Gus in the evenings, rather waiting until dark with less people. We saw, and walked by, 2 big dogs and Gus didn't even pay attention to them! I was completely blown away. I know that a lot of the responsibility falls on me as the pack leader to continue the leadership exercises, but this boost in confidence and the immediate results have definitely energized me. I can't thank Dan enough. He literally saved my dog's life, and he's offered his support if anything happens again in the future. Amazing!! Permalink
Bark Busters dealt with Aggression, Barking, Chewing, Hyperactivity, Jumping up, Other, Pulling, Recall, Separation anxiety
See more reviews for Adrienne 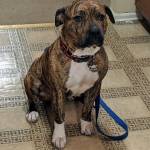 Meredith K East Windsor, New Jersey | December 04 2019
Keith is an amazing trainer! We had Keith help us with our new rescue that we adopted from a pretty rough shelter. Focus and acclimating her with our family cats were our main goals. Well, less than 24 hours after our first session, our girl is showing amazing progress. Keith has a calm, reassuring demeanor that really puts the dog at ease. He is also very good at communicating with us pet parents, giving us all the tools to make the training achievable and results stick. Our girl came out of her crate this morning and walked through the house focused on her dad, and not her kitty siblings. She is more relaxed on the leash and immediately responsive to commands. When we do need to use correction, she responds immediately and positively, showing that the training is helping to build her confidence within our family. We are beyond pleased with the results of our first session, and beyond grateful to Keith for his guidance. Can't wait to have him back to see her progress! Permalink
Bark Busters dealt with Jumping up, Other, Pulling
Trainer note from Keith : Great job Meredith and thanks for the review!
See more reviews for Keith

Seth L Long Beach, New York | December 04 2019
I must leave a review for Josh. So far we have only had one in home visit, and we have seen such great results. We have a new (3 month old) goldendoodle puppy and wanted to initiate some training. Josh is knowledgeable, approachable, and teaches the puppy and owners with great patience. He not only trains the puppy well, but teaches the owners the "why" behind his methods. I fully recommend BarkBusters and Josh if you are thinking about it. Permalink
Bark Busters dealt with Puppy management
See more reviews for Josh

Kimberly R Bayside, New York | December 04 2019
We rescued our little guy, Ringo, only recently. Unfortunately, from day 1 you can see he was scared and stressed he was and how little he trusted new people to be himself around. We gave him some time to adjust to his new home and siblings but it still wasn’t enough. He was tormenting the cats, refused to use the bathroom outside because he was so scared to go in front of us, was starting to pee around the house, and barked at absolutely anything. We knew we had to call for help and Josh was just the trainer we needed! When Josh came by for the first time, Ringo spent a solid 15 minutes running around the house barking. At first, he barked at Josh because he was a new face but then it just turned into barking because he wanted to bark and no one was paying attention to him. Fast forward to a little over an hour later and Ringo had calmed down significantly; he stopped barking, overcame some of his separation anxiety, and was even giving Josh high-fives goodbye!!!! Words cannot describe how different he has been since Josh taught us to communicate better with Ringo. Josh taught us it takes time, patience, and consistency and with the results we’ve seen within just 2 days, we cannot wait to see the happy and relaxed Ringo that’s waiting to come out. Permalink
Bark Busters dealt with Barking, Jumping up, Separation anxiety
See more reviews for Josh 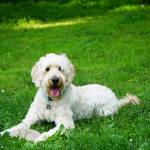 Mary R New City, Rockland, New York | December 03 2019
Zucc responded right away to training! We are still a working progress but even my other dogs are beginning to follow his good behaviors. Michelle truly worked her magic with my boy Zucc. Permalink
Bark Busters dealt with Jumping up, Pulling
Trainer note from Michelle : Thank you so much Mary! Zucc is an awesome Goldendoodle and really wants to please you guys! You have done wonderfully with him and I look forward to seeing your progress as you continue to work with him. I'm always here to help! ~Michelle
See more reviews for Michelle 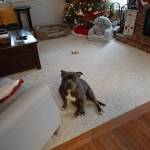 Katie M Schwenksville, Montgomery, Pennsylvania | December 02 2019
We called Bark Busters as our lovely 4 year old pitbull started to growl at our daughter, along with all her other bad habits we never addressed. We were so worried we would not be able to keep Lucy for fear she might turn on our daughter. After our very first day with Jeri, Lucy was a new dog. It has been 1 month and Lucy has never growled or even looked at Rylie in a bad way. Lucy has stopped jumping on people when they come in the home, she started using her dog bed vs the couch as a place to hang out during the day. And we had a party full of kids that she was great with. We still have work to do with the leash training but on a daily basis our days have been a whole new relaxing experience. Jeri is amazing at teaching us what to do and how to correct Lucy. Jeri is always available to answer questions and help when needed! If you want results listen to your training and do your homework, if you don't train with her your dog everyday you wont see results, Jeri gives the tools but you have to follow through to maintain good doggie habits. Permalink
Bark Busters dealt with Jumping up, Pulling, Sibling rivalry
See more reviews for Jeri 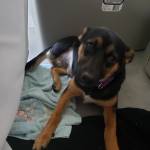 Laurette M Delray Beach, Florida | December 02 2019
Very helpful and training was wonderful would recommend this to everyone who has a difficult dog, I have had dogs all my life. Permalink
Bark Busters dealt with Barking, Hyperactivity, Jumping up, Pulling, Separation anxiety
See more reviews for Karen and Marc