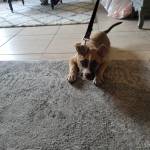 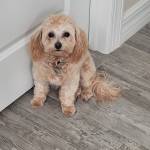 Regina C Jupiter, Florida | February 04 2022
I was pretty amazed by how they took to training. Learned a lot about understanding about how to communicate with our dogs. Permalink
Bark Busters dealt with Barking, Hyperactivity, Jumping up, Other, Pulling, Recall
See more reviews for Karen and Marc 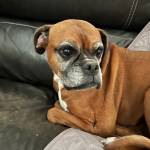 Theresa W Irvine, California | February 04 2022
Reestablished leadership control with my dogs in the home. Worked on stopping bad behavior before it gets worse. Learned about triggers. Permalink
Bark Busters dealt with Barking, Other, Sibling rivalry
Trainer note from Joshua : Our session went really well, and her dogs responded great! We are setting a foundation of leadership and reintegrating the dogs.
See more reviews for Joshua 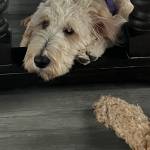 Roxanne M Mission Viejo, California | February 04 2022
Josh did a great job teaching us how to train our dogs with body language and assertiveness. Our one dog had serious barking issues and we were able to learn how to address it within one session. He taught us useful techniques and explained the "why" behind all the dog behaviors. Permalink
Bark Busters dealt with Aggression, Barking, Jumping up, Other, Pulling, Puppy management, Recall
Trainer note from Joshua : Farley has been stressed out in his position of leader of the pack. Now that Roxanne and her husband have taken the lead his is already starting to calm down and relax. Phoebe responded very well also during our first session. With consistency they will be very well behaved.
See more reviews for Joshua

Grace B Brighton, Massachusetts | February 03 2022
Scot was so great and so helpful. Our dog had been struggling with food aggression and hyperactivity. Scot worked with us to reestablish dominance in our household (Rogi had definitely been thinking he was the boss!). We felt like we saw results in the first lesson, and while it has only been a few weeks, we feel way better about the situation and think Rogi is well on the road to becoming a much better behaved (and happier!) pup! Permalink
Bark Busters dealt with Aggression, Hyperactivity
See more reviews for Scot 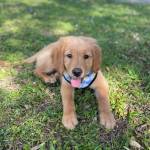 Rehanna P Vero Beach, Florida | February 03 2022
Karen provided great information, training experience and tips for training our 16 week old golden retriever. My fiance and I learned how to manage and train our Lola to help make her into a great family dog. Permalink
Bark Busters dealt with Puppy management
See more reviews for Karen and Marc 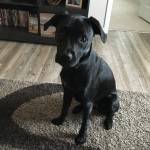 Whitney A Mt. Pleasant, South Carolina | February 03 2022
Professionalism, Quality, Responsiveness, Value - We adopted our lab mix, Penny, about a year ago and she is a year and 3 months old now. When we got her, people hadn’t been over much because it was still during covid times, but we noticed after a couple of months, if anyone did come over, she would bark at them the entire time. She also was terrible on the leash. She would pull all over the place and would be constantly trying to sniff and eat everything we walked by. In the summer of 2021, we had sold our house and moved into an apartment temporarily for a few months. Penny barked at every single person that we walked by in the hallway, outside, in the elevator, even if someone walked by the apartment while we were inside. Since she was a little older, her bark sounded scary and aggressive. We know she is a sweetheart, but it was scaring people. She also would lunge at them while she was barking, which did not help. We could not deal with it anymore. We had so much anxiety every time we had to take her out. That is when we decided to call Bark Busters. We worked with James, who was super nice and knowledgeable. Penny barked her head off at him when he walked in and he stopped it right away without any contact with her (no shock/beep collars, etc.), which is what we wanted. The first session was so informative and life-changing. It basically was a dog psychology lesson and was more about training you to be a leader for the dog. Penny was barking at everyone because we did not do a good job of showing her that we were the leaders of the pack, so she thought she had to protect us. Once we knew how to do that properly, she backed off and let us lead, meaning no more barking and pulling on the leash. Her behavior changed drastically in just one session. It takes, work, though! It’s really up to the owner(s) to get results, but it made a world of difference for us. We are so thankful for the help we got from Bark Busters! It honestly improved our quality of life! Permalink
Bark Busters dealt with Aggression, Barking, Jumping up, Other, Pulling, Recall, Separation anxiety
See more reviews for James and Michelle 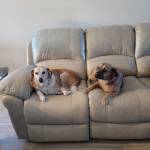 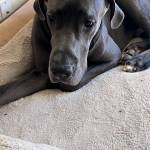 Sara S Newport beach, California | February 03 2022
Great first training session. Comes down to consistency and routine, excited to see blue's behavior progress. Permalink
Bark Busters dealt with Barking, Other, Pulling, Puppy management, Recall
Trainer note from Joshua : Blue was really great during our first session. He responded very well to our training techniques. Sara was really happy with him. He will continue to improve as they keep working with him.
See more reviews for Joshua 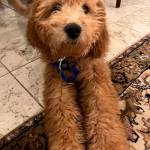