Susan S Huntington, New York | December 01 2014
I was so impressed with Jason and his work with Spencer. Spencer is a nervous dog, who was exhibiting escalating aggressive behavior when people came to visit. Jason's analysis of Spencer was spot on, and the techniques he taught us have worked wonders. We have an annual (very large) party the day after Thanksgiving, and this year, everyone was able to relax (even Spencer). In fact, all our guests commented on the huge difference between this year and last. I recommend Jason, his knowledge, skill and kindness most highly. Permalink
Bark Busters dealt with Aggression, Barking
See more reviews for Jason

Jessica F Menomonee Falls, Wisconsin | December 01 2014
Nikki did a wonderful job training me, my husband, and our dogs! From our firist visit it was obvious that she was very comfortable handling all sorts of situations, and she confidently addressed all of our concerns. We were adamant that we did not want to use punishment while training, and she gave us the confidence and resources we needed to succeed, without punishment or treats. With each new change we implemented, we could see our dogs becoming progressively more calm. This training has been a great experience for all of us, and we would absolutely recommend Nikki to anyone seeking training! Permalink
Bark Busters dealt with Aggression, Barking, Jumping up, Pulling

Alex and Renee B Redmond, Washington | December 01 2014
We have had only two training sessions with Bark BusterÃ¢ï¿½ï¿½s Jack Knudsen thus far, but the behavior changes in our 10 month old lab, Finn, have been remarkable. Before choosing Bark Busters, we researched trainers exhaustively. What stood out most about Jack was the number of reviews that claimed people had noticed a significant difference in their dogÃ¢ï¿½ï¿½s behavior after just one session. Sounds too good to be true? We thought so too, and frankly, were in awe that after our first session Jack had our dog understanding his place in our family Ã¢ï¿½ï¿½packÃ¢ï¿½ï¿½. Finn was no longer racing us out the door; jumping on us, the furniture or counters; nipping at our coattails; pulling at the leash; barking for no reason; and so on. When Jack came back the second time, it was more of a Ã¢ï¿½ï¿½refresherÃ¢ï¿½ï¿½ on those things we had noticed needed a bit more attention/work since the first visitÃ¢ï¿½ï¿½namely, outdoor leash workÃ¢ï¿½ï¿½but we were still impressed by the amount of new training techniques and commands Finn had retained from the beginning. Now, after two visits Ã¢ï¿½ï¿½ and just recently hosting a dozen family members for the holiday Ã¢ï¿½ï¿½ we can say with certainty that JackÃ¢ï¿½ï¿½s training methods work. With lots of tempting foods and an overwhelming number of people to play with during the holiday, our dog was so obedient that even those who didnÃ¢ï¿½ï¿½t know we had begun training remarked how well he was behaving. After spending time with Jack during the sessions, one thing we particularly like is that he does not just tell you what to do, he shows you and watches as you try the various training techniques, and then offers useful feedback that can be implemented as you practice training on your own time, outside of his onsite visits. Bark Busters prides itself on a method of training that resembles how dogs instinctively interact in nature. Rather than using force, Jack shows the owners how to use body language and voice control to communicate with your dog in a way that he/she understands. Jack has done an excellent job training not only Finn, but our family as well, and while we are already more than satisfied with the training, we are confident we will continue to see even more improvements in our dogÃ¢ï¿½ï¿½s behavior as time progresses. Permalink
Bark Busters dealt with Barking, Chewing, Hyperactivity, Jumping up, Pulling, Puppy management, Recall
See more reviews for Jenny & Jordan

Katie H Warren, Michigan | December 01 2014
WE WERE BOTH SHOCKED AT HOW QUICKLY OUR DOG PICKED UP ON THE TECHNIQUES! We felt very comfortable with Lisa, and that she truly cares about our dog, and wants to help us. She related all of the techniques to our dog, which made them easy to understand. Very nice, positive training! Permalink

Mark L Troy, New York | November 30 2014
Rachel was fantastic! She helped us deal with a chewing issue that was Separation Anxiety, and after following her rules and instructions it has become much better! The destructive chewing has stopped, and she is in general much more calm when visitors stop by the house, etc. We are still working on leash walking and some other things, but that will just be time and practice. But during her two visits, Rachel definitely gave us what we need to succeed. Permalink
Bark Busters dealt with Chewing, Other, Separation anxiety 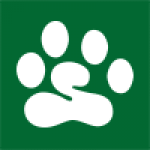 Cherrie G Newport Beach, California | November 30 2014
My dog Coco and I recently moved from a home to an apartment. Coco became very aggressive walking or when someone came to the door. I was beside myself! I wanted in home training because that is where everything happens not some training school. Lisa from Bark Busters came to my apartment and had the true experience of Coco! She explained how I also need to understand how Cocos mind works as we then can work as one. Lisa was SO informative and a delight to work with! In between our sessions I worked with Coco on what Lisa had taught me and it really starting working! Now our sessions are over and an absolute delight to say what a pleasure to have my Coco by my side!!! Lisa said they are there for me whenever I need and that is a true comfort. Thank you, Thank you Lisa!!!! Permalink
Bark Busters dealt with Aggression, Barking, Jumping up, Pulling, Recall
See more reviews for Diane and Joshua

Rafael B Stamford, Connecticut | November 29 2014
Mike was amazing! He saved our lives and helped bring peace into our home. He managed in just ONE day to help control Love's behavior. He did it with much patience and love. He is an excellent dog trainer. We loved working with him and appreciate all his help with our 6 month old puppy Love. If you ever need help training your puppy/dog, Mike is the guy to come see! Great job Mike, Thanks! Rafi, Natalie & Love! Permalink
Bark Busters dealt with Barking, Jumping up, Toileting
Trainer note from Michael : HUGE turnaround in this lesson. Just another amazing dog who needed a little guidance from her owners. So happy for all of them :)
See more reviews for Michael

Kelsie K Charlotte, North Carolina | November 29 2014
Finn was much more relaxed by the end of the first session! I'll recommend Bark Busters to my friends and neighbors because it is completely humane - No shock collars or physically harming the dog in any way. I wish there was a phone app or recording of the "BAAH" to use in certain situations! Permalink
Bark Busters dealt with Aggression, Separation anxiety
Trainer note from Karen : Phone app! That's funny! So many people feel funny using our special word to redirect their dog! But when they see how well their dog "get's it" they are more motivated to use it. Kelsey really stepped up to be her dog's leader. Finn is an anxious little dog who felt that he has to act like the "BIG DOG" to make everyone run away! By the end of the session, little Finn was just relaxing on the couch. Aggression is never an easy fix, but the more leadership Kelsey shows her dog, the less stressed he will be! Everyone will be happier!

Meryl and Darren M Fort Myers, Florida | November 28 2014
We were impressed with the simplicity of the techniques and with Patrick's knowledge and professionalism. Permalink
Bark Busters dealt with Chewing, Jumping up, Pulling, Puppy management, Recall
See more reviews for Patrick