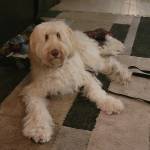 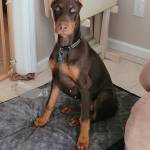 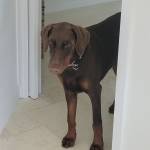 Cathy C Stuart, Florida | April 10 2022
Marc is an excellent dog trainer. This type of training is the most effective we have ever experienced. Permalink
Bark Busters dealt with Aggression, Hyperactivity, Other, Pulling 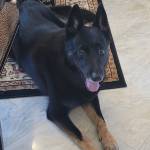 Terri R Palm City, Florida | April 10 2022
I did not expect to see the changes in Sam's behavior so quickly. I am in charge now not Sam. Permalink
Bark Busters dealt with Aggression, Barking, Chewing, Hyperactivity, Jumping up, Other, Recall

Lynda S Palm City, Martin, Florida | April 08 2022
I had never fostered or owned a dog of my own and when I saw this poor boy's picture on Instagram I wrote "I will foster him.". It didn't take long for me to fall in love with Woody, who is named after one of my father's favorite jazz musicians, Woody Herman. My problem was that I already had 3 cats and Woody wasn't about to play nice to say the least. I was afraid I wouldn't be able to keep him. I started to do research on dog trainers and found that some used harsh techniques like shock collars. Woody was already coming out of what appeared to be a violent background. People in animal rescue believed that he had possibly been used as a bait dog. The first two photos are from when he came to me. The white marks were wounds that were healing. Anyway, I asked Google for a dog trainer that could get my dog and cats to exist calmly together. Bark Busters came up in the search. I read the reviews and was impressed with the glowing reports of quick success. And I needed things to happen quickly! I called and spoke with Marc who is one of the nicest people on the planet! We met at my home and what I witnessed over the next several hours totally blew my mind. Woody was quite responsive and did very well with the various training exercises that Marc led him through. But the challenge was the situation with my cats. Little by little I exposed them to him and on a second visit with Marc and his wife Karen they encouraged me to go a little further and so I did. I would walk him in the house on leash and use my "dog talk" when needed. I saw progress. Woody was kept in his crate a lot and whenever I would go out I made sure it was not only locked but would tie a leash around it in a double knot. One night when I came home he greeted me in my laundry room! I was shocked and scared. Worried about what I might be seeing as I entered the rest of my home my fears were extinguished when I found 2 of my cats on the arms of the sofa and my oldest, most feeble cat lying comfortably on the sofa! It was a miracle! This occurred one more time as "Divine Confirmation" to me that all was well and Woody now shares the house with my cats in a relatively peaceful manner. I say it that way because my cats have been more combative than him! He has had his face swiped pretty good when he's gotten too close! They actually intimidate him now and that is the last thing I thought I'd see! I'm positive this would not have occurred if I hadn't had Bark Busters training. Marc and Karen are excellent at what they do. Actually, there aren't enough words to describe their professionalism and deep understanding of animal behavior. They are responsive to phone calls and texts and most of all they care about pets and owners coexisting in a happy environment. Who wants to always bee yelling at an animal? How can an animal love and trust you if that's how they're treated? The Bark Busters way is, in my opinion and experience, the best way to train your dog! Look how happy my Woody is now! And I'm happy too! Thank you Marc and Karen! Permalink
Bark Busters dealt with Aggression, Barking, Jumping up, Pulling, Recall 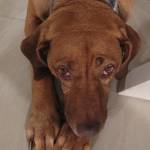 Chris S Port St Lucie, Florida | April 08 2022
Complete shock in how quickly Lexi responded to this method of training. It was like watching another dog. Permalink
Bark Busters dealt with Aggression, Hyperactivity, Other, Separation anxiety 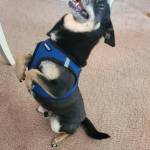 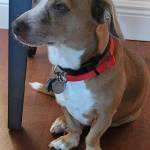 Karen K North Palm Beach, Florida | April 07 2022
Amazing on how my dog has changed in one day. My stress level has decreased tremendously. Marc has taught me how to train hi bad habits. I would recommend Bark Busters to anyone who has a dog with bad habits. Permalink
Bark Busters dealt with Barking, Hyperactivity, Other, Pulling 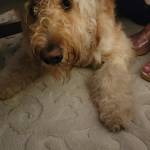 Tammy V Delray Beach, Florida | April 07 2022
Loved learning to commands to be the boss of my dog. Permalink
Bark Busters dealt with Barking, Hyperactivity, Jumping up, Other 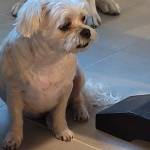 Gina K Vero Beach, Florida | April 05 2022
We are feeling relieved and happy to be able to take my dogs on a walk. Permalink
Bark Busters dealt with Aggression, Barking, Hyperactivity, Jumping up, Other, Pulling